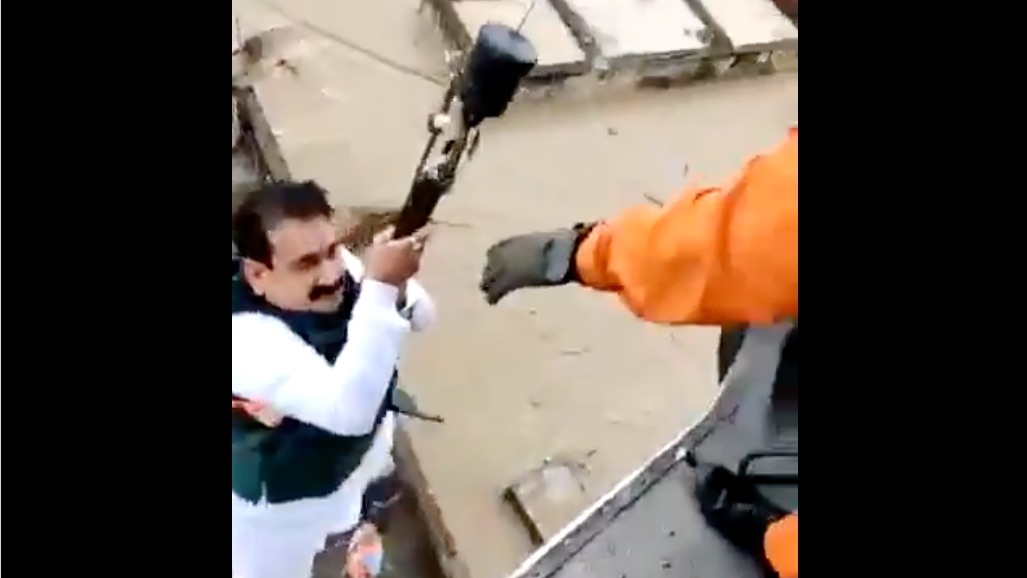 Gwalior (Madhya Pradesh): An IAF helicopter on Wednesday rescued Madhya Pradesh Home Minister Narottam Mishra after he got stranded when the boat carrying him to flood-hit Kotra village in Datia district developed a glitch while trying to move out local residents, an official said.

He had reached the flood-affected Kotra village in the motorboat of State Disaster Response Force (SDRF).

A video of HM Narottam Mishra being rescued is becoming fiercely viral on social media.

Notably, Narottam Mishra reached the flood-affected Kotra village in Datia wearing a life jacket in the motorboat of SDRF. When he saw few people trapped in a house, he himself went to the roof of the house, and a team of SDRF rescued them safely.

Later, due to a technical fault in his motorboat, he was not able to leave from there. The rescue team airlifted them through a helicopter.

Recently, Home Minister Narottam Mishra has been visiting the flood-affected areas in Datia and Dabra. He also took stock of the rising water level in the rivers of Datia.

He met the flood-affected people and gave necessary directions regarding the proper arrangement of their food and accommodation.