The incident occurred on Monday morning when a farmer tried to overstep another for weighing of millet in Pidawali Mandi in Morena.
Staff Reporter 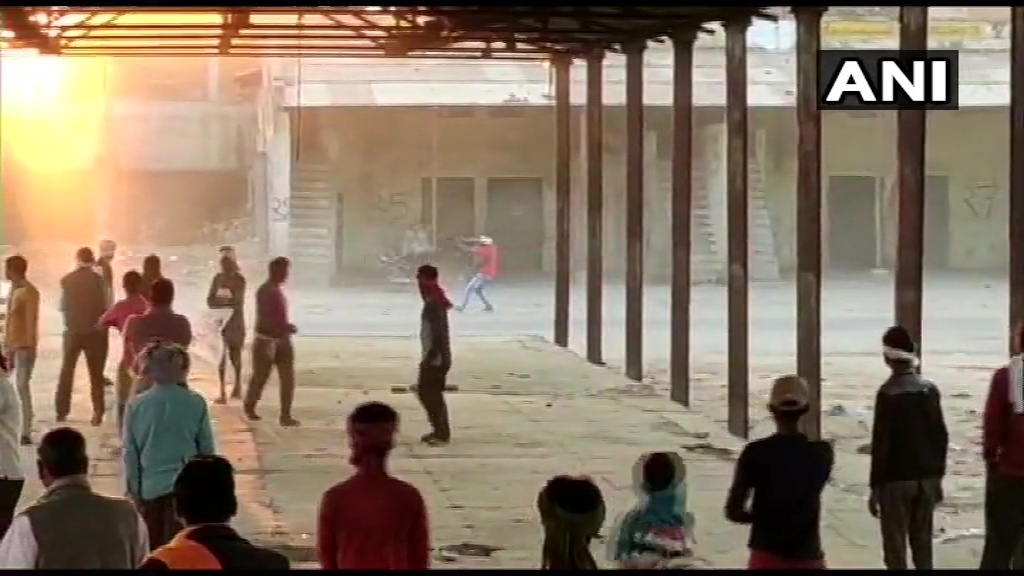 A man (in red t-shirt) was seen firing bullets at an agriculture market in Morena. | ANI

Two farmers were injured when two groups of farmers clashed inside mandi premises in Morena district on Monday. Injured have been hospitalized and police probing the case. The video of the incident has gone viral on social media platforms.

The incident occurred on Monday morning when a farmer tried to overstep another for weighing of millet in Pidawali Mandi in Morena. According to eye witnesses, when Keshav Sharma and Golu Sharma from Ganj Rampur proceeded with their trolley for weighing of their crop Brijendra Gurjar and his associates overtook his trolley and parked it ahead for weighing- out of turn.

It started with a verbal duel between the two but their associates kept joining. Later, Brijendra Gurjar, Kheru Gurjar and Bheru Sharma joined and one of them took out his gun and started firing in the premises. This created chaos in the mandi with farmers running here and there for shelter.

The Gurjars left the premises after this incident. Other farmers took Keshav Sharma and Golu Sharma to hospital who had gunshot injuries. Police has lodged FIR against Brijendra, Kheru and Bhura Sharma. Police has also recovered bullet shells from the spot.