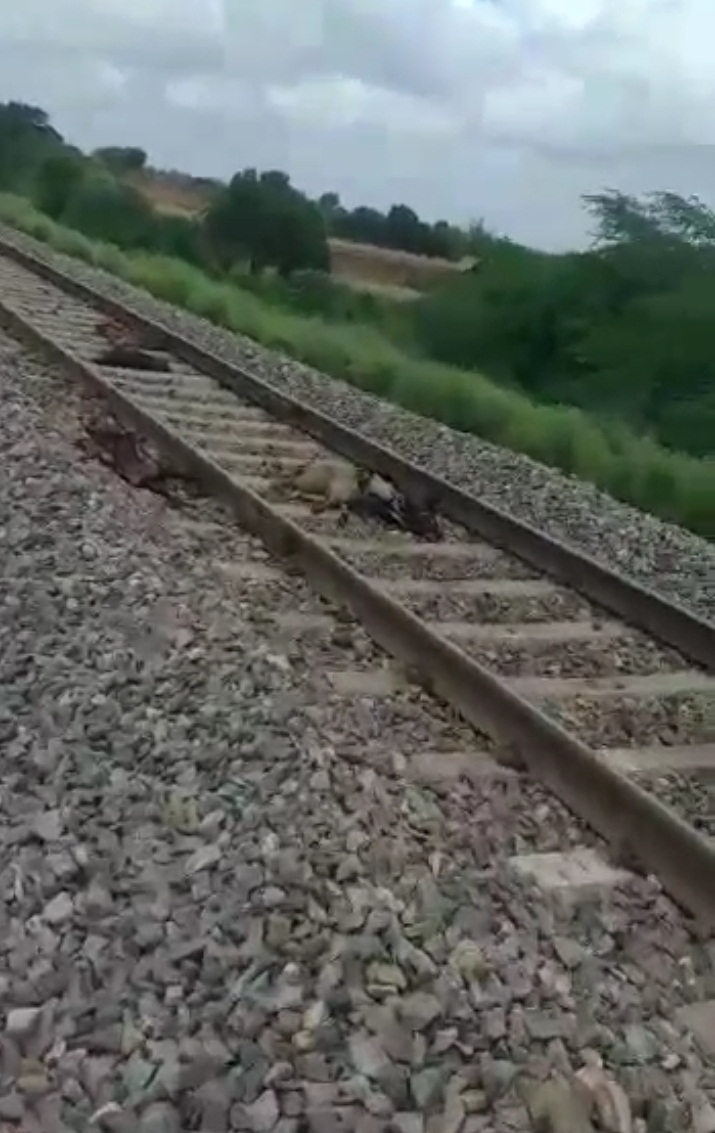 Gwalior (Madhya Pradesh): A train ran over a 60-year-old woman and more than 50 goats in Morena district on Saturday. Two women and two minor girls suffered severe injuries in the accident.

The woman who died in the accident was Buri, a resident of Nai Basti, Kashipur.

After the accident, locals rushed the injured women, identified as Urmila, Prerna, Uma and Janki to a hospital.

On getting the information police rushed to the spot. The Police said that women and children were going by the tracks along with their goats.

As they were passing by the railway tracks, the Agra-Bhopal Sampark Kranti Express was coming at a high speed.

When the goats heard the sounds of the train engine, they began to run here and there.

To save the goats, Buri ran after them, and, in the process, the woman, too, came under the wheels of the train.