Bhopal(Madhya Pradesh): A Pune-based engineer was charred to death when the car he was driving rammed into a roadside tree and caught fire late on Thursday night in Betul district, according to police.

The deceased, identified as Sunil Sindappa, 39, a resident of Pune, was an engineer in a private company. He had come to the town on Saturday to attend a wedding ceremony at his in-laws place in Moti ward. On Thursday he decided to drive around in the area, said police.

The fire broke out in the car on Parasia state highway when he was on his way to Ranipur Hanuman Dol area and the car rammed into a roadside tree near Khamalpur village resulting in the car doors getting locked and the engineer trapped inside the car.

As per some eyewitnesses, fire broke out in the car suddenly and the car went out of control ramming into the tree on the roadside. The engineer was seen making attempts to douse the fire and getting out of the car but he couldn’t succeed. Some villagers tried to douse the fire too and rescue the victim but they couldn’t succeed as fire engulfed the car within no time.

According to Ranipur police station in charge S Dhruve, a team of police personnel reached the spot and a fire brigade team was called from Ghoradongri. The team doused the fire but by then the car was reduced to wreckage and the victim had died.

Sunil was identified with the help of the car's registration number and the police informed his family about the incident. Later, his in-laws reached the spot.

According to police, the body was sent for a post-mortem and investigation was going on. 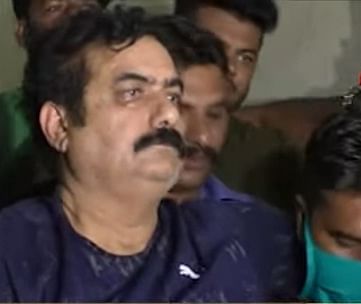