Bhopal: Olympians to be felicitated on arrival today 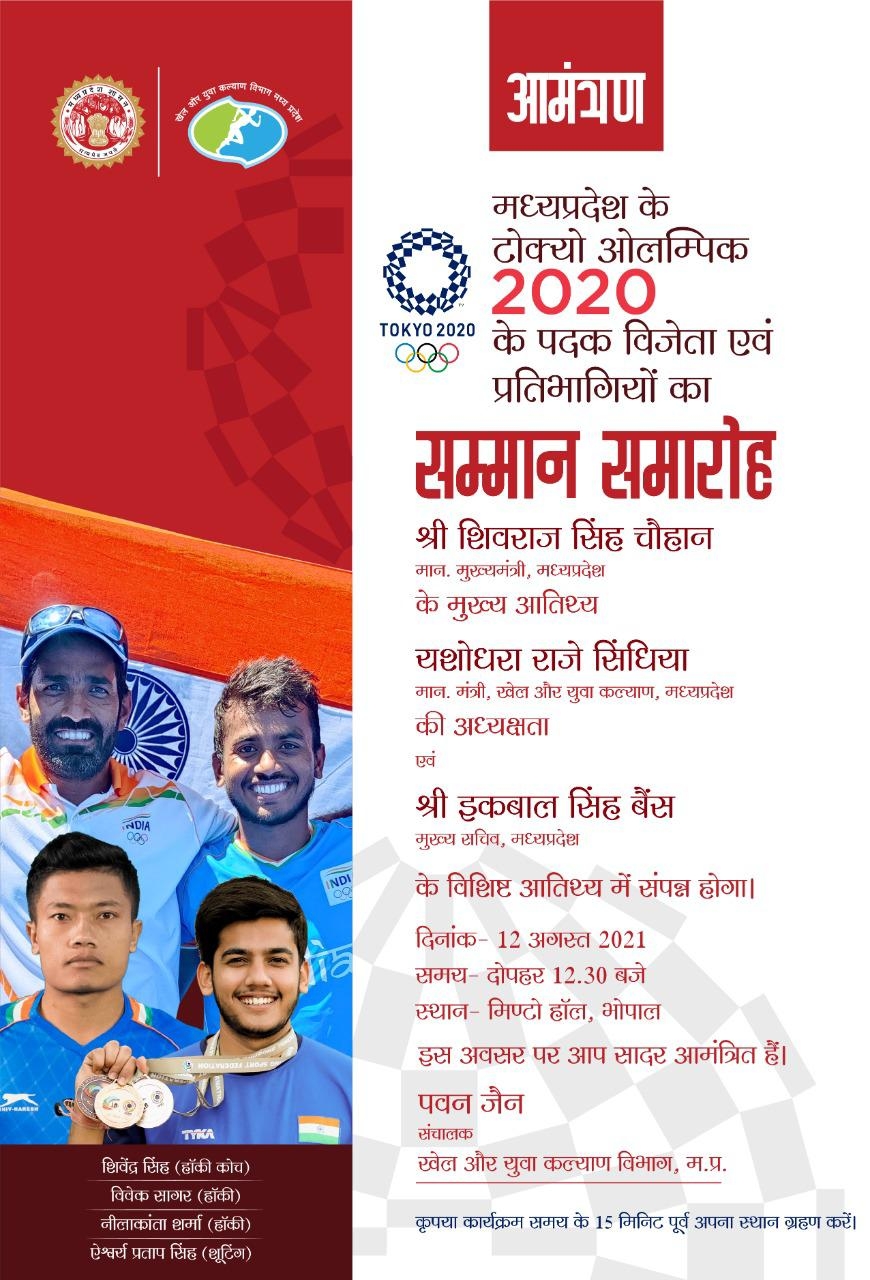 Nilakantha Sharma, who trained at MP Men’s Hockey Academy and was a part of Bronze medal winning team, will also receive the same amount. The chief minister would also felicitate Shivendra Singh, who was part of the Indian delegation at Olympics as an assistant coach. Singh works as senior manager in Air India. Shooter Aishwarya Pratap Singh Tomar, who represented India at Olympics and finished sixth, too would be feted. Apart from the Olympians, state government would also honour paralympics heroes from the state during the event. Prachi Yadav, the only para canoeist from India to participate in the Tokyo Paralympics, would be felicitated along with high jumper Sharad Kumar. Yadav hails from Gwalior and has trained in MP. Kumar, on the other hand, hails from Patna in Bihar. He has, however, been training at Tantya Tope stadium, under Ukrainian coach Evgeny Nikitin.