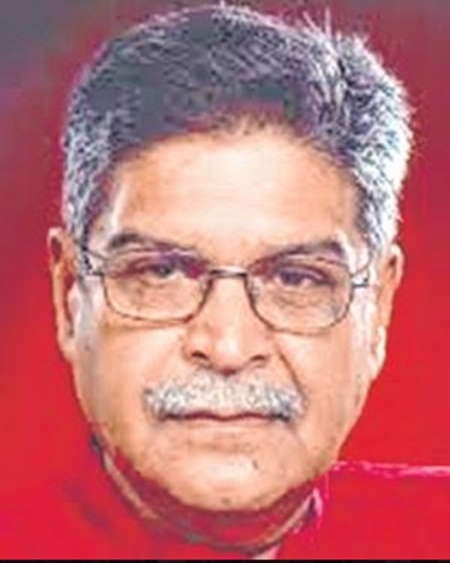 Bhopal: The Lokayukta police have registered case against forest minister Gauri Shankar Shejwar and former CEO of MP Eco Tourism Development Board Vinay Barman for misusing their posts. Chief secretary B P Singh will submit a report in this regard to state Lokayukt on January 16, 2018.

RTI activist Ajay Dubey had filed complaint with Lokayukta that the minister including his wife, sister-in-law and another person visited Karnataka on government expenses. They were in Karnataka from February 11- 15, 2016.

The minister was treated as a state guest in Karnataka on request made by the then Principal Chief Conservator of Forest Narendra Kumar to Karnataka government. A letter that Shejwar should be treated as state guest was sent to Narendra Kumar by Vinay Barman.
The MP government bore expenses worth Rs 2 lakh incurred on members of Shejwar’s family during the visit. As per complaint, minister’s wife Kiran Shejwar, sister-in-law Dr Shashi Thakur both of whom are government employees had accompanied Shejwar along with contractual employee Varsha Parihar.

Ajay Dubey claimed that when he raised the issue of corruption, the minister accepted his fault and deposited Rs 63,884 into bank account of the board on April 26, 2016. “This proves that minister accepted the fault and had misused the post,” Dubey said. Following the financial irregularity and misuse of post, the Lokayukta police registered case against them.