It is essential to remove such a person from power, says Sadhvi.
Staff Reporter 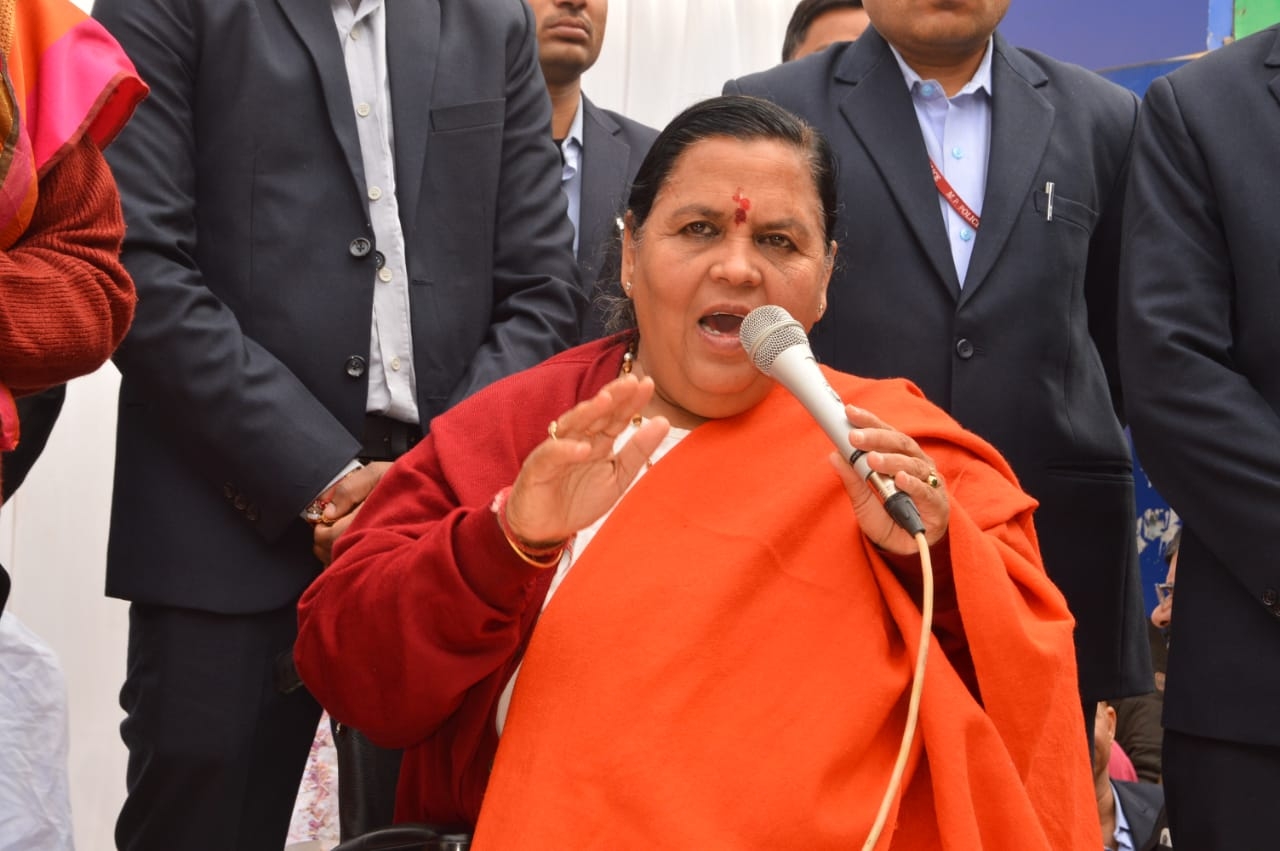 BHOPAL: Former chief minister Kamal Nath has turned into a Bollywood movie character Mr India, so it is essential to remove such a person from power, said former chief minister Sadhvi Uma Bharti while addressing a public meeting in Prathvipur constituency on Saturday.

BJP and Congress are putting in all their efforts to win all the four seats in by-elections. Polling will take place on October 30 in four constituencies that includes three state assembly seats of Jobat, Parthvipur and Raigaon and Khandwa parliamentary seat.

“Then then local Congress MLA Pradhuman Singh Lodhi supported BJP and toppled Kamal Nath government, which remained invisible when it came to working for public welfare,” Uma said. “All development works were stopped in Prathvipur assembly constituency by Kamal Nath government,” she added.

She said BJP believes in development and the state government is committed to developing the area. Bhopal: Bureaucrats there to pick our slippers, says Uma