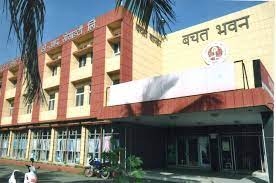 Bhopal (Madhya Pradesh): The elections of the cooperative unit of BHEL, Thrift Society, have been postponed to January 23, reportedly due to the delay in choosing candidates for voting, said sources from Thrift Society on Wednesday.

Elections were earlier scheduled to be held on January 9.

Election officer Chhavikant Vaghmare said, “The voters’ list has been published. If anyone has any objection they can reach the Thrift society office and inform the manager Naresh Khanni by December 27 between 10 am and 5 pm. The issues will be resolved on December 28 till 12 noon.”

The intra-panel clash has led to an uneventful situation in the cooperative, said a senior member of board of directors requesting anonymity.

He said, “The fight among the members of the panels has created a misunderstanding which is why we have to postpone the elections. There are several issues which need to be resolved like the eligibility of candidates who are on the verge of retirement.”

The retired members of BHEL had begun to take interest in the elections and to put their near and dear ones in the fray.

Earlier, the members of board of directors had accused two senior members, Basant Kumar (present president of society) and Satyendra Kumar, of favouring some of the candidates. The president of Bharatiya Majdoor Sangh, Vijay Kathout, and the head of Rashtriya Majdoor Congress RD Tripathi have filed the nomination of their own candidates leading to dispute, said the sources.

Eleven members from each panel will be in fray for the position of the members of board of directors. There will be over a dozen independent candidates too.

The candidates in fray have already begun campaigning for the elections going door-to-door. The panels have also taken to social media to ask for the support of the voters. Bhopal: Research seminar on ‘Art and craft traditions of denotified and nomadic tribes’ from...