Bhopal: ‘Illicit liquor sale, betting and other crimes should be checked at any cost’

Atrocities on daughters, love jihad, conversion must be taken seriously

Bhopal (Madhya Pradesh): State Chief Minister Shivraj Singh Chouhan has said Incidents that sale of illicit liquor, gambling, betting, theft and other crimes should be checked at any cost. Criminal elements should be strictly controlled. He also said that there should be no incidents of caste hatred and religious conversion. Issues like atrocities on daughters and sisters, love jihad, conversion, animal trafficking must be taken seriously, the CM added.

Chouhan was reviewing the schemes run in Mandsaur and Jhabua districts through video conferencing from his residence on Tuesday morning. The Chief Minister congratulated Mandsaur collector for good progress under Pradhan Mantri Awas Yojana (PMAY) in the district and Jhabua collector for special efforts put in the field of Amrit Sarovar construction, literacy and education, improvement in sex ratio and women’s health in the district.

Referring to the Jalabhishek campaign, the Chief Minister said that public co-operation must be sought in this campaign. People should be educated for water conservation. Otherwise, we will have to face increased crisis in future. Regarding Amrit Sarovar Yojana, the CM said that the Sarovar should be made in such a way that it becomes a place of inspiration for the village.

The CM said, ‘We have this opportunity to sell and export garlic in the country and abroad respectively. Best efforts must be made to make it marketable. Efforts must be made to ensure that the garlic brand of Mandsaur becomes famous. Garlic processing should be promoted through modern methods. Chouhan said that the sex ratio in Mandsaur district is 1021 girls per 1000 boys. This is a great achievement. This should be celebrated as a festival.

Chouhan said that 4 engineers should be trained from each village, so that they can get employment in the village itself.

The Chief Minister also sought information on the progress of ‘Ration Aapke Gram’ scheme. The collector informed that ration is being transported by vehicles to the villages of the district. The places have been selected after consultation to deliver ration to the villagers. The time has also been fixed, so there is no problem in getting the provisions.

Chouhan directed to strengthen the arrangements in the district hospital. The collector informed that a survey of 1.68 lakh persons has been conducted under the Sickle Cell control campaign. Sanjeevani Health camps were started, in which 45,000 went under treatment. 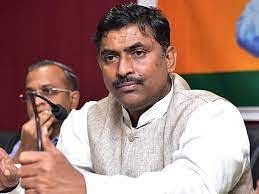 HomeBhopalBhopal: ‘Illicit liquor sale, betting and other crimes should be checked at any cost’