BMC is filling the potholes with dry soil and other material like rubble, but it is too late now as road repairing is not done in the rainy season.
Staff Reporter A Kolar road in need of urgent repairs. | FPJ

BHOPAL: Even after road accidents in Kolar, agencies concerned, like Bhopal Municipal Corporation (BMC), did not take the potholes on the roads and poor condition seriously. Kolar satellite township is the worst as far as road conditions are concerned. However, BMC, after CM’s strictures, is filling the potholes with dry soil and other material like rubble, but it is too late now as road repairing is not done in the rainy season. So, permanent road repairing will be done after the monsoon.

Sweta Dwivedi, counsellor at the de-addiction centre, died in a road accident in July. She was thrown before a dumper after her scooty was stuck in a pothole that had appeared following digging for a sewage line at Good Shephered Colony and restoration work was not completed. She was on her way to the de-addiction centre with her husband.

Similarly, a six-year-old girl drowned in pit in Kolar in April. She had fallen into the basement of an under-construction building. Even MLA Rameshwar Sharma visited many areas and took stock of the road conditions just before the onset of the monsoon but even after that, BMC did not take up the work.

Even after raising voices over the incidents, BMC did not swing into action to crack the whip on the private agencies working in Kolar. Residents approached the BMC administration many times for speedy completion of the repair and restoration work. Private companies work in Kolar and they dig the roads but they have to complete restoration before the rainy season. BMC attributes the stoppage of the construction work to the Covid-induced lockdown. 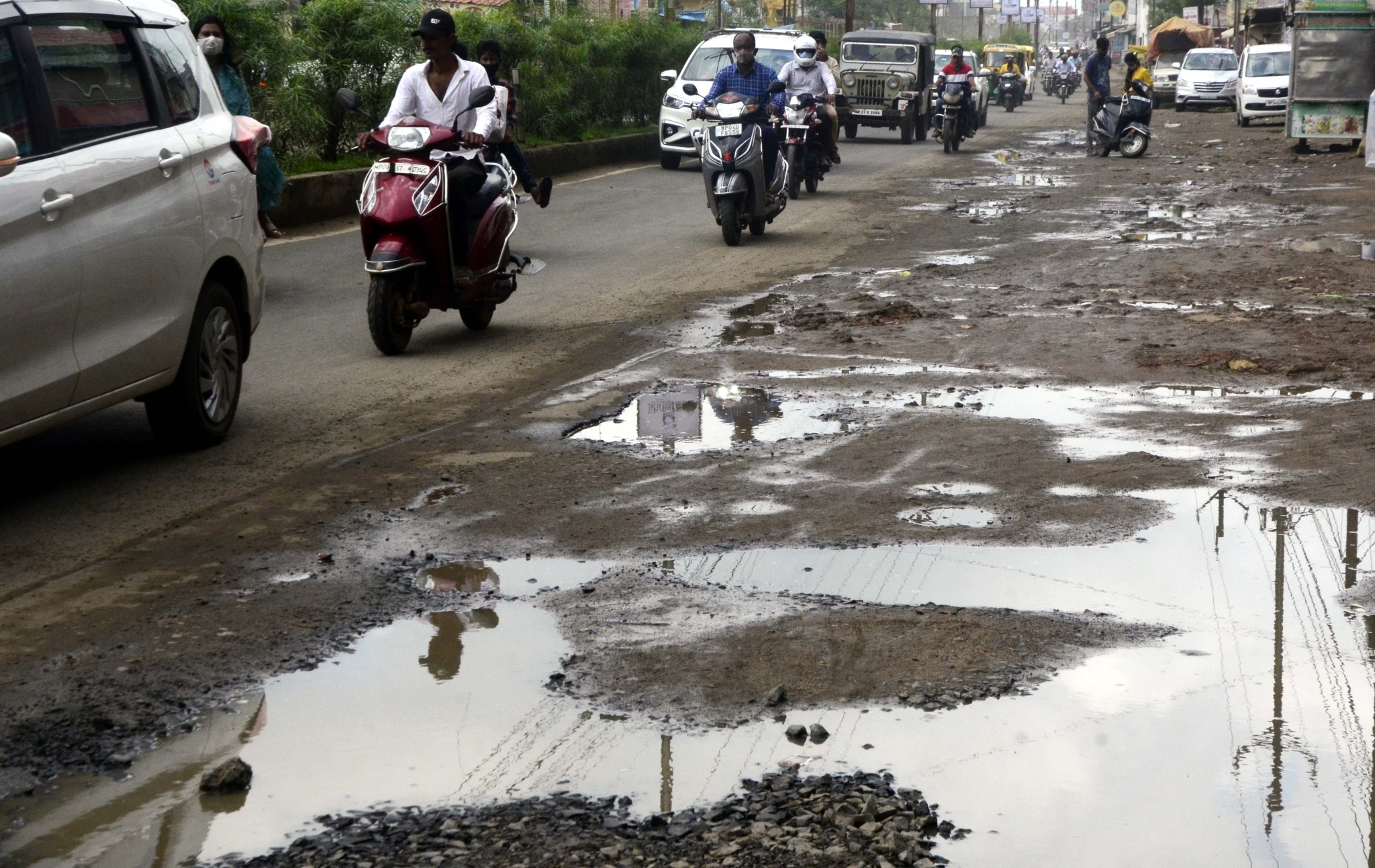 A stretch of Kolar road in need of urgent repairs. | FPJ

Bhopal: Reflectors tape to be placed on vehicles to stop road accidents
Advertisement

"It’s laxity on the part of the BMC officials who are putting up a lame excuse of the lockdown which delayed the repairing work. During the lockdown, repairing work wasn’t stopped. It’s a nexus of the BMC officials and private companies working for laying water pipelines and sewage lines should have completed the restoration and repair work before the rainy season. Residents had raised their voice, but, unfortunately, BMC officials didn’t take it seriously," ex-BJP corporator Ravindra Yati said.

"BMC may have started repairing work in the market areas, but, in residential areas, the situation is the same. Its main focus is the commercial areas where it’s filling roads. The roads are full of mud and it’s very difficult for traffic. Even for walkers, it’s extremely difficult. Residents have handed over memorandums to BMC officials many times for restoration work before the rainy season, but nothing has been done so far," said Sanjesh Tiwari, a resident.

"It’s total negligence on the part of the BMC administration which didn’t take action even after being reminded. Not one time, but we approached BMC a number of times in summer as the private agencies didn’t repair the roads after digging. It’s the responsibility of BMC to monitor the agencies working on sewage and water pipelines. We raised the issue with ex-corporators, but it didn’t bear fruit," remarked Nitin Malaivya, a resident.

‘The residents are helpless’

"Residents are helpless as far as bad road conditions are concerned. Neither ex-corporators nor BMC officials take the issue seriously even after several road accidents. Many roads accidents occur in Kolar just because of the poor condition of the roads. People have protested after road accidents, but nothing has happened to the road repairs. Now, BMC is working to fill the potholes and clear the debris. Permanent repairing will be after the rainy season," Rishi Shrimali, a resident, said. 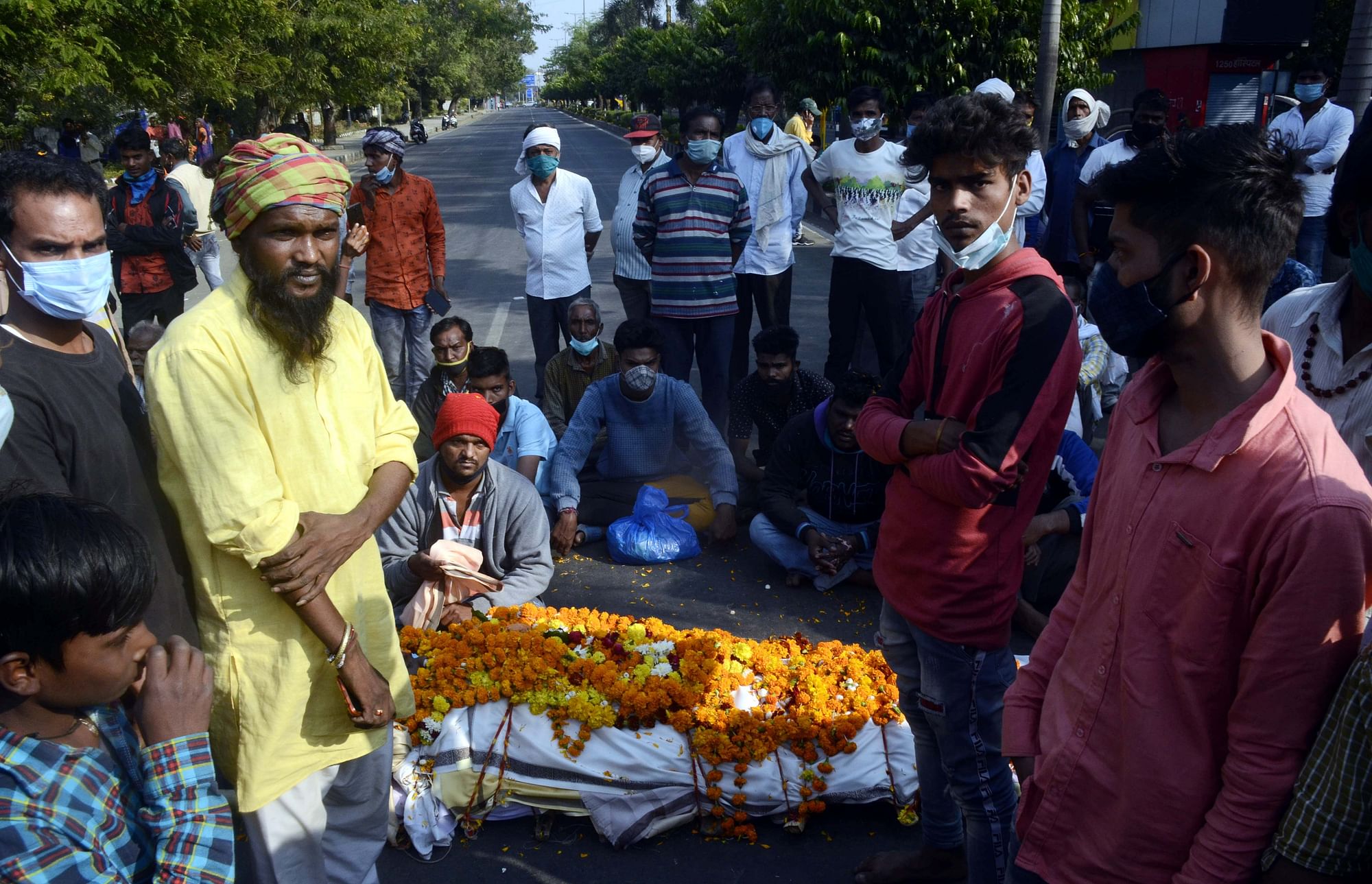