Nath instructed to increase the number of points of pollution record stations, so that the real time data can be collected.
Staff Reporter 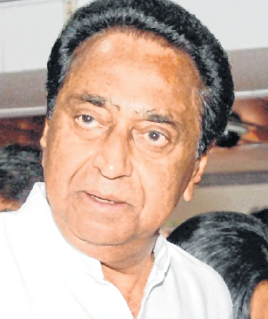 BHOPAL: Concerned over the increasing pollution in cities, the Chief Minister Kamal Nath has formulated a plan asking the concerned authorities to take corrective steps. In the recently released report of Central Pollution Control Board (PCB), a few of the cities of the state were found to have very poor air quality. CPB issued the report of 200 cities, in which Bhopal, Damoh and other cities of the state also figures for poor Ambient Air Quality Index (AAQI). The CM has instructed to intensify the plantation programme in the state. He has also asked official to repair depilated roads as dust and vehicular fuel combustion are causing air pollution. The CM instructed to purchase the mechanical street sweeper and water fogging equipment at the earliest.

The CM wants to start the ‘source apportionment study’ programme in the state to prevent air pollution. In the cities like Chennai, Delhi, Mumbai such study is been conducted. Nath instructed to increase the number of points of pollution record stations, so that the real time data can be collected. District collectors have also been asked to establish pollution control centre at every petrol pumps.