A special team of Chhattisgarh police raided a private guest house at Garha near Khajuraho town in Chhatarpur district. He was taken to Raipur.
Staff Reporter 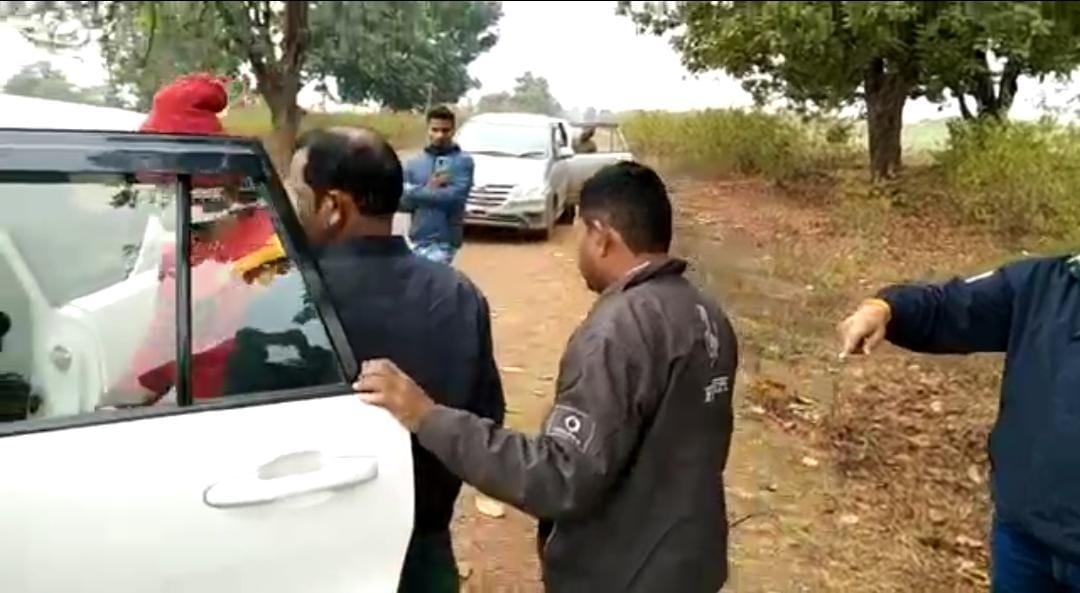 Kalicharan Maharaj being taken to Raipur |

A special team of Chhattisgarh police raided a private guest house at Garha near Khajuraho town in Chhatarpur district. He was taken to Raipur.

The arrest by Chhattisgarh police did not go down well with senior BJP leader and Madhya Pradesh Home Minister Narottam Mishra who accused the Congress-led Chhattisgarh government of "breaching inter-state protocol."

Mishra has also directed Madhya Pradesh Director General of Police (DGP) Vivek Johri to speak with Chhattisgarh DGP on the matter of breach of inter-state protocol.

"I have an objection to the manner in which Chhattisgarh police arrested Kalicharan. They (CG police) could have informed the Madhya Pradesh police prior to arresting Kalicharan. It is a complete violation of interstate protocol. I have directed MP DGP to speak with Chhattisgarh DGP to seek an explanation from them," Mishra said addressing a press conference in Bhopal.

In response to Mishra's statement, Chhattisgarh Chief Minister Bhupesh Baghel said: "MP Home Minister should clarify whether he is happy or not with the arrest of Kalicharan. Why is he upset?"

Kalicharan Maharaj was arrested for his derogatory remark on Mahatma Gandhi at a 'dharma sansad' or religious meeting in Chhattisgarh's capital Raipur a couple of days ago. His disrespectful statement had promoted chief patron Mahant Ramsunder Das disowning the event and walking off the stage in anger at the same event.

"Mohandas Karamchand Gandhi destroyed the country. Salutations to Nathuram Godse, who killed him," he was heard saying during his speech at a religious meeting in Raipur.

The police official also said that Kalicharan will be produced before a court in the evening.

"Mohandas Karamchand Gandhi destroyed the country. Salutations to Nathuram Godse, who killed him," he had said during his speech at a religious meeting in Raipur.

Later, responding to CM Bhupesh Baghel, Narottam Mishra said Kalicharan was arrested like a notorious criminal. “Whatever he (Kalicharan Maharaj) said was condemnable. I never supported his speech. But, the way he was arrested by Chhattisgarh police from Madhya Pradesh was wrong. They must have informed the local police station first,” Mishra said.