A tiger was found dead in Chhindwara of Madhya Pradesh on Wednesday.
Staff Reporter 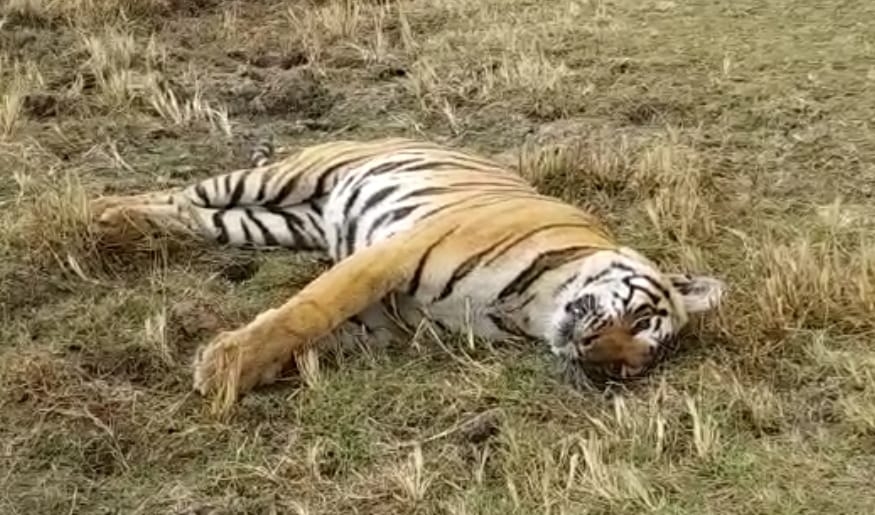 A tigress was found dead in Dindori, three days ago |

Bhopal (Madhya Pradesh): As many as 44 tigers died in Madhya Pradesh in 2021, the National Tiger Conservation Authority (NTCA) said on Thursday, asserting that it is looking into the cause of the recent death of a big cat in Chhindwara.

A tiger was found dead in Chhindwara of Madhya Pradesh on Wednesday. According to reports, two days ago, a tigress died in the state's Dindori area allegedly due to poisoning.

An official from the NTCA said the number of tiger deaths has increased up to 126 in 2021 and investigations are ongoing.

The official, who did not wish to be named, said several measures are being taken to protect tigers which include patrolling and arresting people for poaching.

He said there can be many causes for the death as the population of tigers is huge, and a standard operating procedure (SoP) is followed to ascertain the reasons.

The official said the tiger death is under scrutiny of the state as well as the NTCA.

The official also rejected reports that claimed the tigress in Madhya Pradesh died due to poisoning in Dindora, saying they are "mere assumptions" as scrutiny takes time.

"Ongoing process to protect tigers like patrolling is going on, and a lot of people have been arrested for poaching too. We are doing everything to protect the tigers, but we should also understand that nearly 30 per cent of them are outside tiger reserves," the official said.

As per the NTCA, the maximum tiger deaths this year took place in Madhya Pradesh (44), followed by 26 in Maharashtra and 14 in Karnataka.