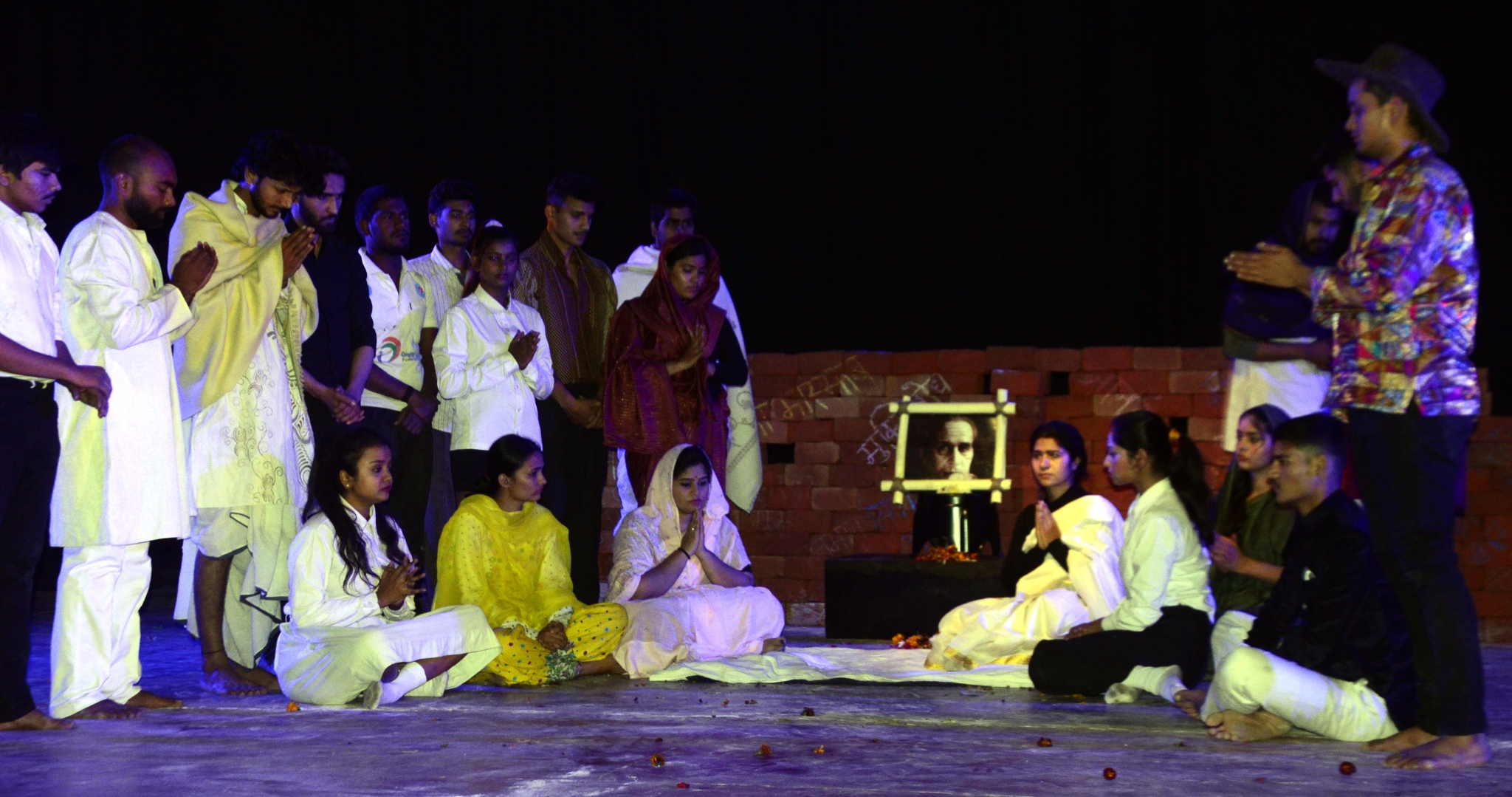 BHOPAL: The two-day Usha Ganguly Smriti Natya Samaroh began with staging of a play, a symposium and a felicitation function at Rang Shree Little Belle Troupe (LBT) in the city on Friday.

The fest is being organised by Sagar Guncha Natrang Cultural and Welfare Society in collaboration with Ministry of Culture, Government of India, in memory of theatre doyen late Usha Ganguly for the first time.

The event began with the felicitation function in which director of MP Urdu Akademi Nusrat Mehndi was felicitated with theatre actor Rita Verma. They were presented ‘Usha Ganguly Rang-Ratan Samman’. It was followed by a symposium on the theatrical journey of Usha Ganguly and her contribution to Hindi theatre. Priyanka Shakti Thakur from Nagpur was a special guest. Some senior theatre actors also took part in the symposium.

Besides, a play, Hum ek umra se waqif hai, was staged. Directed by Swati Dubey, the play is based on Harishankar Parsai.