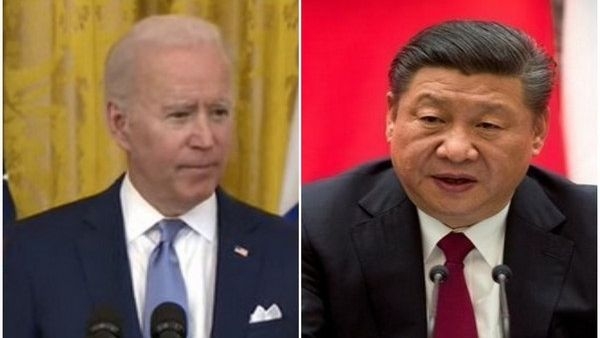 Beijing: The Chinese foreign ministry on Saturday confirmed that US President Joe Biden and Chinese President Xi Jinping will hold a virtual meeting next week to exchange views on bilateral and international issues.

The spokesperson added that during the summit, the presidents are expected to exchange opinions on key bilateral and international issues, Sputnik reported.

White House yesterday announced the much anticipated virtual summit between the two leaders since the beginning of the year, President Xi has held two phone conversations with Biden at the US' invitation, and the two leaders agreed to maintain regular communication through various ways, the Global Times reported.

Biden has staked out a broader foreign policy strategy toward China that involves managing and succeeding in competition with China but avoiding conflict.

At times, Biden's firm line on China over human rights abuses and other practices has complicated his administration's climate efforts. Disputes over commitments to tackle climate change are the latest flashpoint in tensions between the US and China.

Biden, in recent days, has rebuked China, saying President Xi Jinping's decision to skip a United Nations climate summit was a "big mistake" because it would diminish Beijing's influence. China subsequently hit back at America over the criticism.

Amid tension with China, US assures Japan of its 'unwavering' commitment to defend It