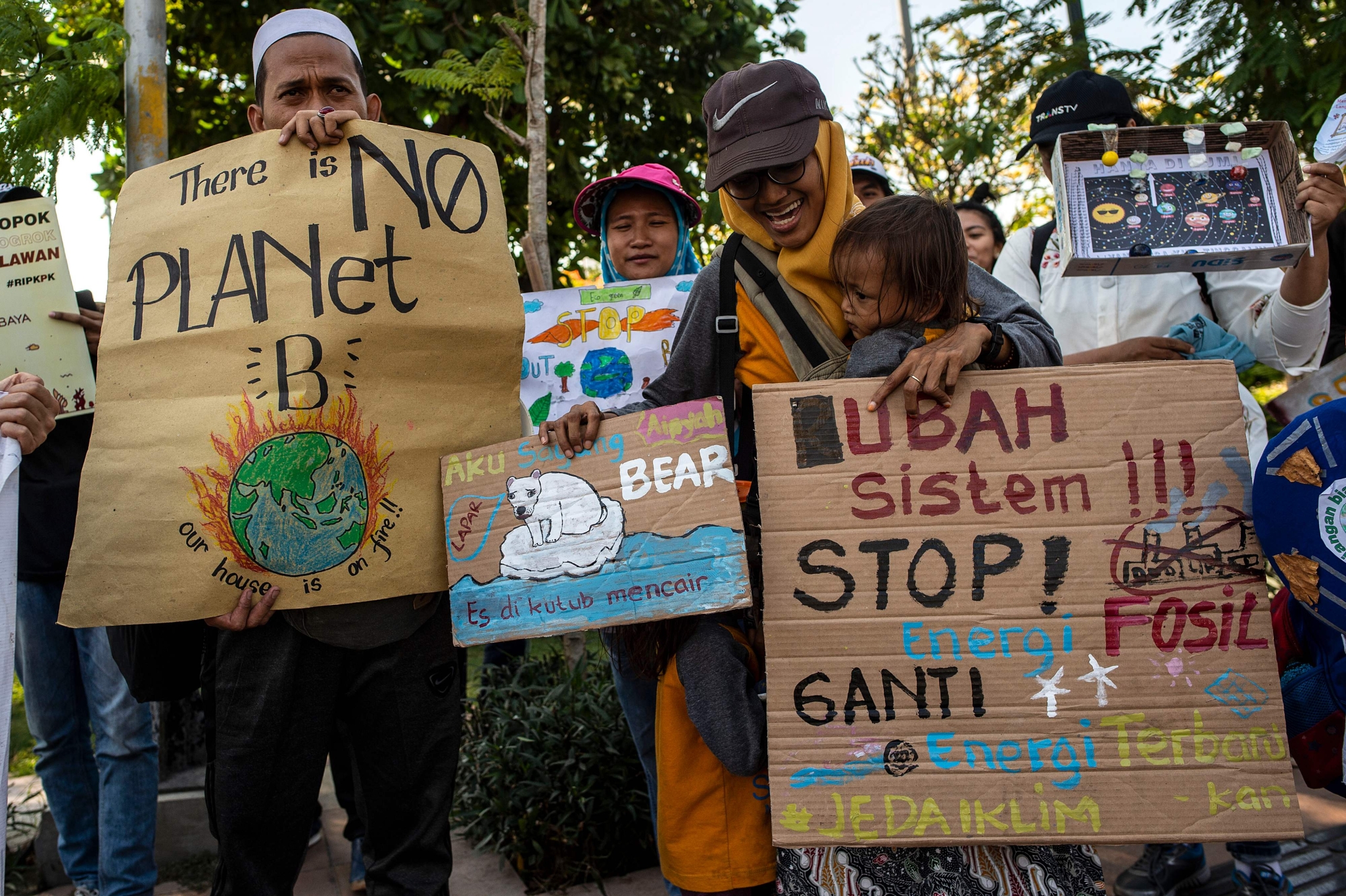 A group of Indonesians hold placards as they take part in a global climate change campaign in Surabaya on September 20, 2019 | Photo by Juni Kriswanto / AFP

New York: Ahead of the United Nations Climate Action Summit in New York City on Monday, students and adults alike have taken to the streets to protest against climate inaction across the world.

Influenced by Swedish teenage activist Greta Thunberg, hoards of protesters can be seen on the streets in major metropolitans, including London and Paris. Other countries where the demonstrations can be seen are Germany, Tasmania, Thailand, India, to name a few, as per CNN.

Thunberg is slated to lead protests in New York City, with several other demonstrations being scheduled to take place across the US, which pulled out of the landmark Paris Agreement following President Donald Trump's rise to power.

Large-scale agitations first started in Australia on Friday, setting things in motion with close to 3,00,000 people coming out on the streets in 'the land Down Under' for the cause of global warming. While the UN Summit is scheduled for September 23, the Youth action summit is slated to begin tomorrow.

"Incredible pictures as Australia's gathering for the #climatestrike. This is the huge crowd building up in Sydney. Australia is setting the standard! It's bedtime in New York...so please share as many pictures as you can as the strikes move across Asia to Europe and Africa," the 16-year-old Thunberg tweeted.

To give a boost to the Paris Agreement on Climate Change, UN Secretary-General Antonio Guterres is asking leaders -- from government, business and civil society -- to come to the 2019 Climate Action Summit on September 23 with plans to address the global climate emergency.