'We will win': Russian President Putin evokes memory of 1945; to preside over Victory Day parade in Red Square

"Sadly, today, Nazism is rearing its head once more," charged Putin who has insisted that Ukraine is in the grip of fascism and a threat to Russia and the Russian-speaking minority in Ukraine's east which Moscow claims to be "liberating"

Russian President Vladimir Putin on Sunday vowed that "as in 1945, victory will be ours" as he congratulated former Soviet nations on the 77th anniversary of Nazi Germany's defeat in World War II.

"Today, our soldiers, as their ancestors, are fighting side by side to liberate their native land from the Nazi filth with the confidence that, as in 1945, victory will be ours," said Putin, who sent Russian troops into Ukraine in February.

"Today, it is our common duty to prevent the rebirth of Nazism which caused so much suffering to the peoples of different countries," said Putin. He added he hoped "new generations may be worthy of the memory of their fathers and grandfathers". 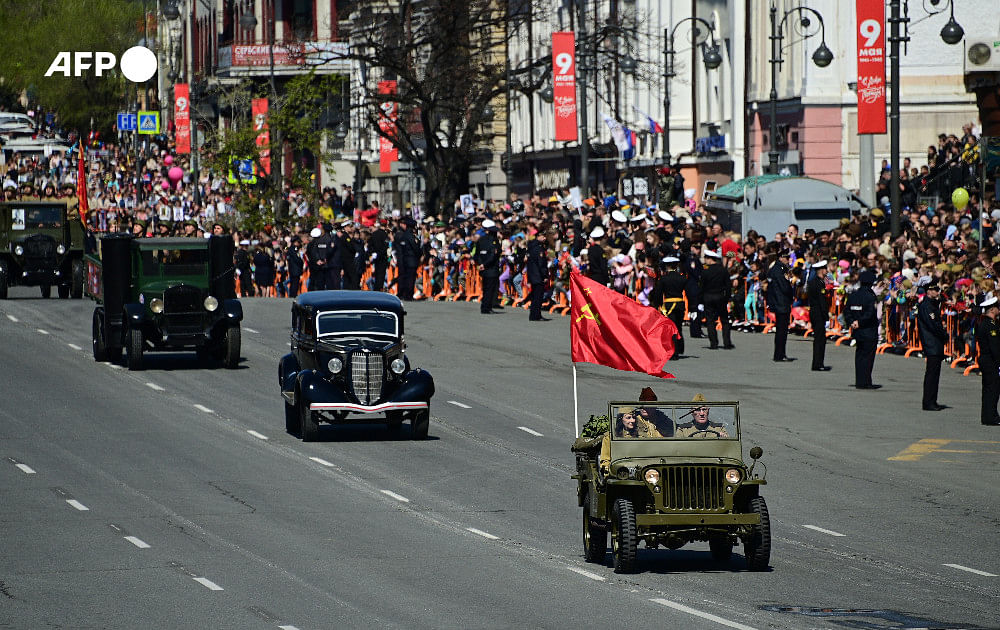 Putin also made multiple references not just to soldiers but also civilians on the "home front... who smashed Nazism at the cost of countless sacrifices".

"Sadly, today, Nazism is rearing its head once more," charged Putin who has insisted that Ukraine is in the grip of fascism and a threat to Russia and the Russian-speaking minority in Ukraine's east which Moscow claims to be "liberating."

"Our sacred duty is to hold back the ideological successors of those who were defeated" in World War II, which Moscow dubs "the great patriotic war," said Putin, as he urged Russians to "take revenge." 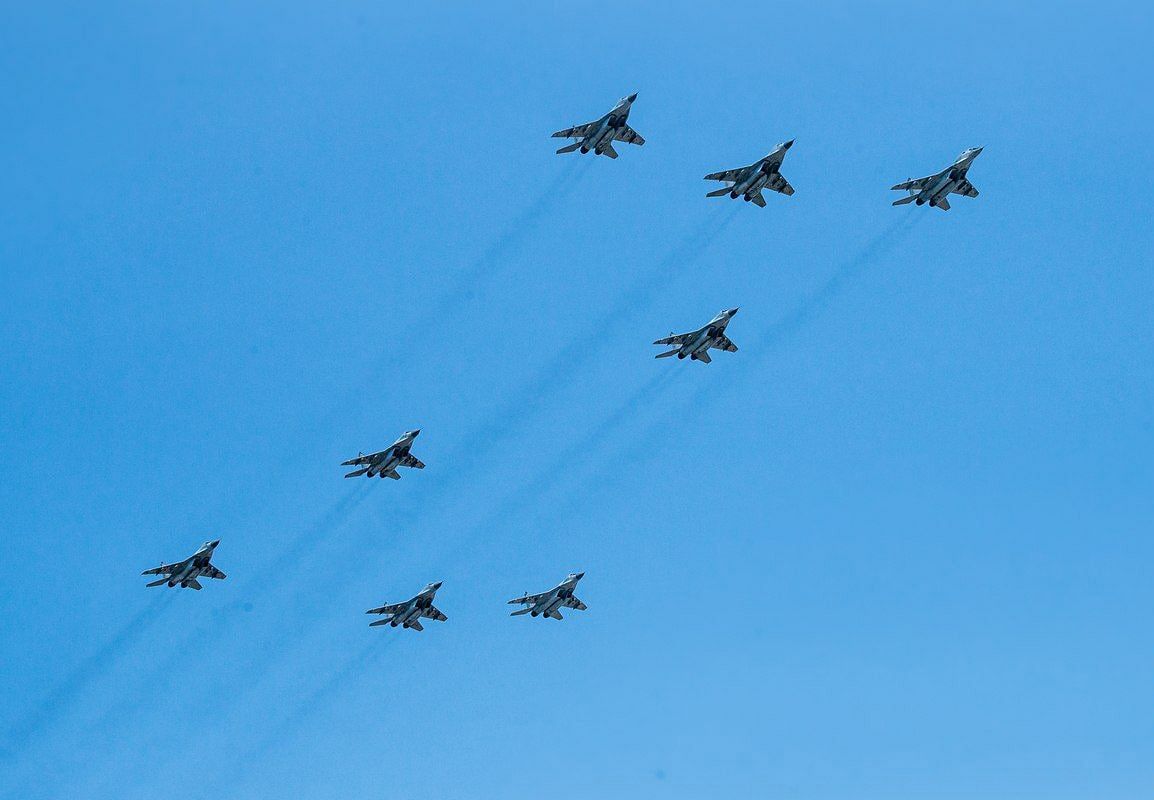 He also said he wished "all Ukraine's inhabitants a peaceful and just future".

On Monday, Moscow will officially commemorate victory over Nazi Germany with a giant military parade.

Russia is getting ready to hold its annual military parade in Moscow’s Red Square and in cities across Russia, marking victory over Nazi Germany in 1945. 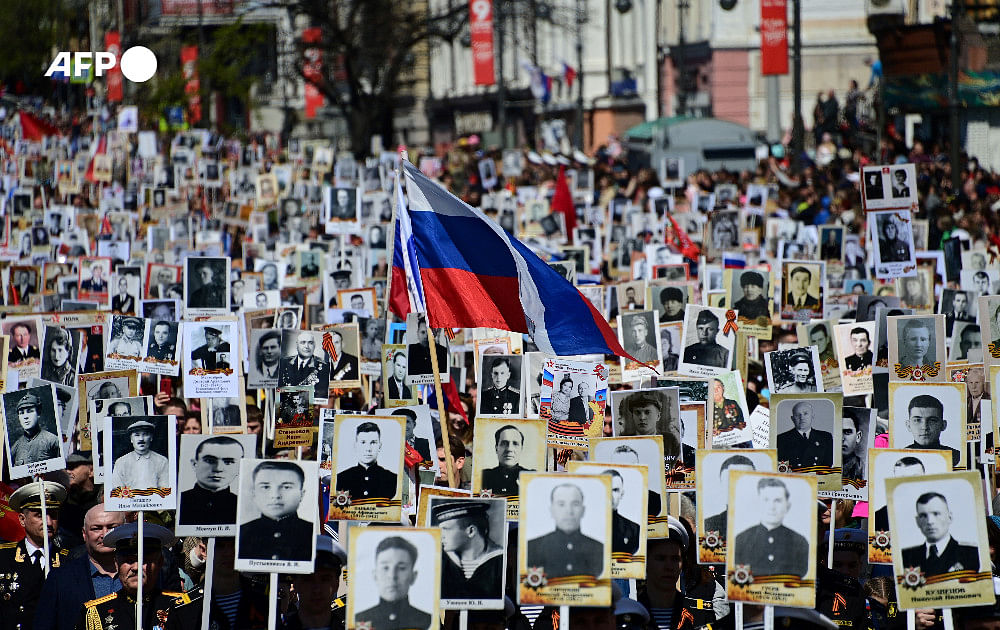 Images of Russian soldiers killed in the fighting in WW2 | AFP

The event is a showpiece for Russia’s military - expect to see troops, tanks, rockets and ballistic missiles paraded through the capital in a display of the Kremlin’s strength.

But this year’s parade comes as Russia’s invasion of Ukraine has faltered, with its military now focusing on battles in the east of the country after failing to take the capital Kyiv and other major cities. 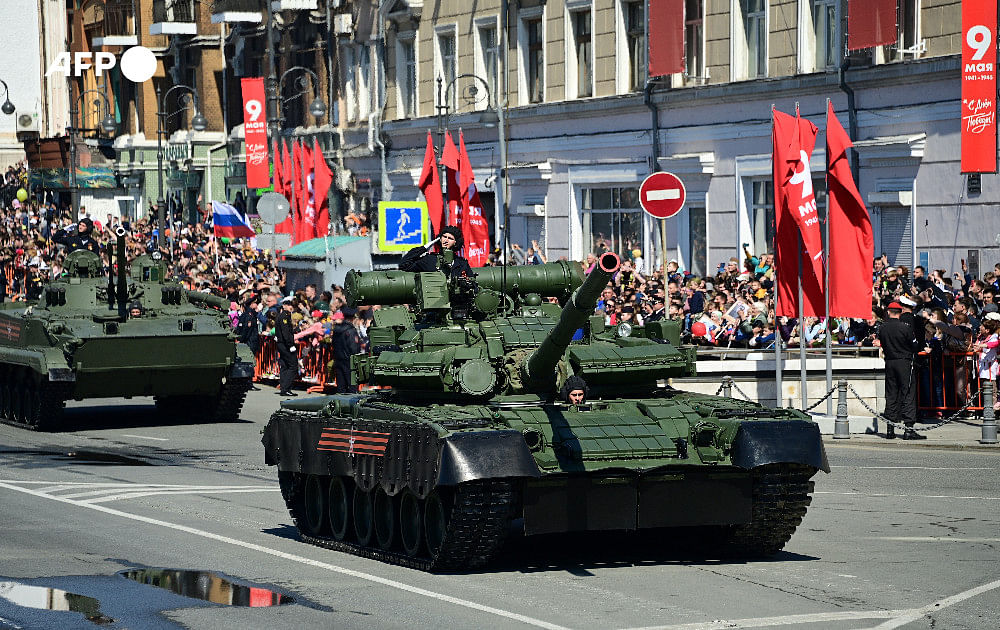 Russia’s President Vladimir Putin is due to speak at the event in Red Square in a few hours.

It is Russia’s biggest public holiday and recognises the defeat of Nazi Germany by the USSR.

Under Vladimir Putin, Victory Day has become a show of strength of troops and military hardware, as well as a chance to remember the sacrifices of World War Two.

Around 27 million Soviet citizens died, by far the greatest loss of any country, in what Russians call the Great Patriotic War. 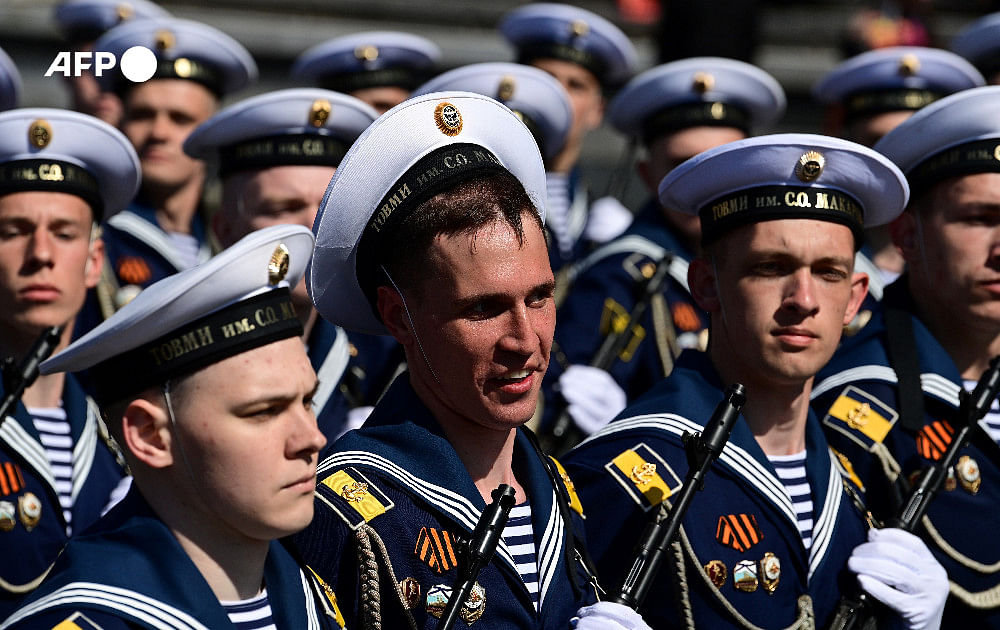 This year, the event has taken on a significance of its own. Far from liberating Europe, Russia has waged months of war against its neighbour Ukraine and is devoid of any real form of military victory that it can celebrate.

Today’s parade in Red Square is expected to feature thousands of troops and an aerial display. The Air Force has been rehearsing over Red Square in a Z formation - the controversial symbol adopted by the troops who have invaded Ukraine. 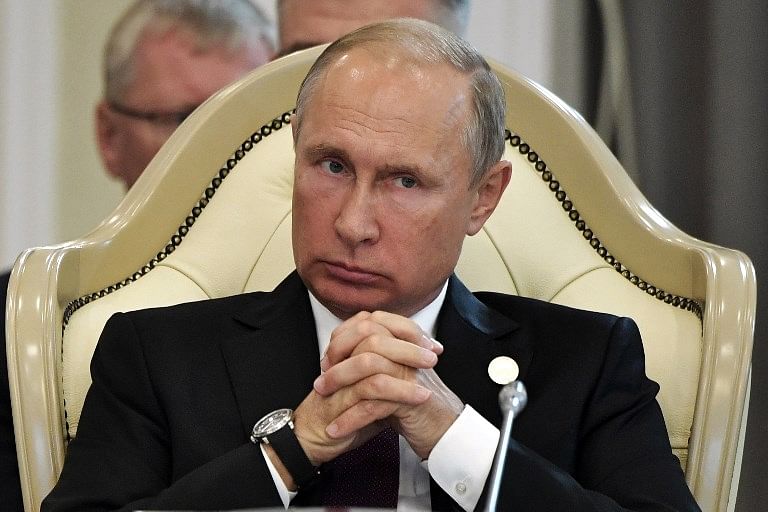