''We have to act'' says Biden after Texas school shooting

The back-to-back tragedies served as sobering reminders of the frequency and brutality of an American epidemic of mass gun violence.

Washington: President Joe Biden delivered an emotional call for new restrictions on firearms after a gunman opened fire at a Texas elementary school on Tuesday.

"When in God's name are we going to stand up to the gun lobby?" Biden said at the White House shortly after returning from a five-day trip to Asia that was bookended by tragedy.

He urged the members of the Congress for an immediate gun control legislation as he highlighted that the 'sensible gun laws' need to be passed in the wake of Texas school shooting in which 19 were killed including 18 children.

"When we passed the Assault Weapons Ban (in 1994), mass shootings went down. When the law expired [in 2004], mass shootings tripled. The idea that an 18-year old kid can walk into a gun store and buy assault weapons,it's just wrong." US President said hours after the deadliest school shooting in Texas.

With first lady Jill Biden standing by his side in the Roosevelt Room, Biden added, "I am sick and tired. We have to act." At least 18 students were killed, according to a state senator who said he was briefed by law enforcement, in addition to a teacher.

Just two days before Biden left on his trip, he met with victims' families after a hate-motivated shooter killed 10 Black people at a grocery store in Buffalo, New York.

The back-to-back tragedies served as sobering reminders of the frequency and brutality of an American epidemic of mass gun violence.

"These kinds of mass shootings rarely happen anywhere else in the world," Biden said. "Why?" He directed that American flags be flown at half-staff through sunset Saturday in honor of the victims in Texas.

Biden drew on his own experience with grief, having lost his first wife and young daughter in a car accident in 1972 and an adult son to cancer in 2015.

"To lose a child is like having a piece of your soul ripped away," he said. "There's a hollowness in your chest you feel like you're being sucked into it ... you're never quite the same".

US President asked the nation to pray for them and "give the parents and siblings strength in the darkness they feel right now as a nation." US President mentioned the 2018 Marjory Stoneman Douglas High School shooting in Parkland, Florida, and said, "Since then they have been over 900 incidents of gun fires reported on school grounds." He spoke of the shooting in Buffalo ten days ago and lamented that in both incidents an 18-year-old was able to purchase a gun and commit such heinous crimes.

Vice President Kamala Harris said earlier that people normally declare in moments like this, "our hearts break - but our hearts keep getting broken ... and our broken hearts are nothing compared to the broken hearts of those families." "We have to have the courage to take action ... to ensure something like this never happens again," she said.

White House press secretary Karine Jean-Pierre said Biden was briefed on the shooting by deputy chief of staff Jen O'Malley-Dillon and other members of his senior team aboard Air Force One.

Shortly before landing in Washington, Biden spoke with Texas Gov. Greg Abbott from the presidential plane "to offer any and all assistance he needs in the wake of the horrific shooting in Uvalde, TX," White House communications director Kate Bedingfield tweeted. 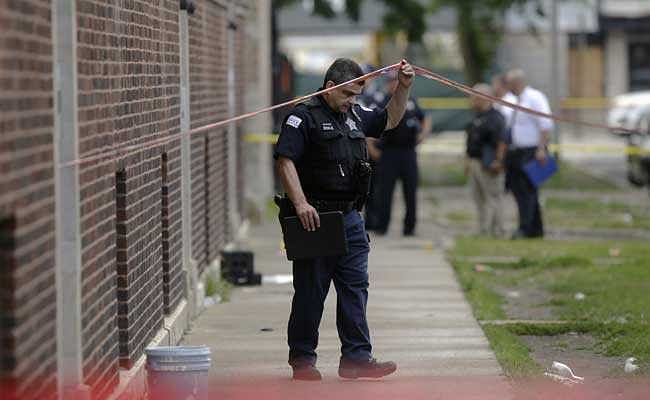 HomeWorld''We have to act'' says Biden after Texas school shooting