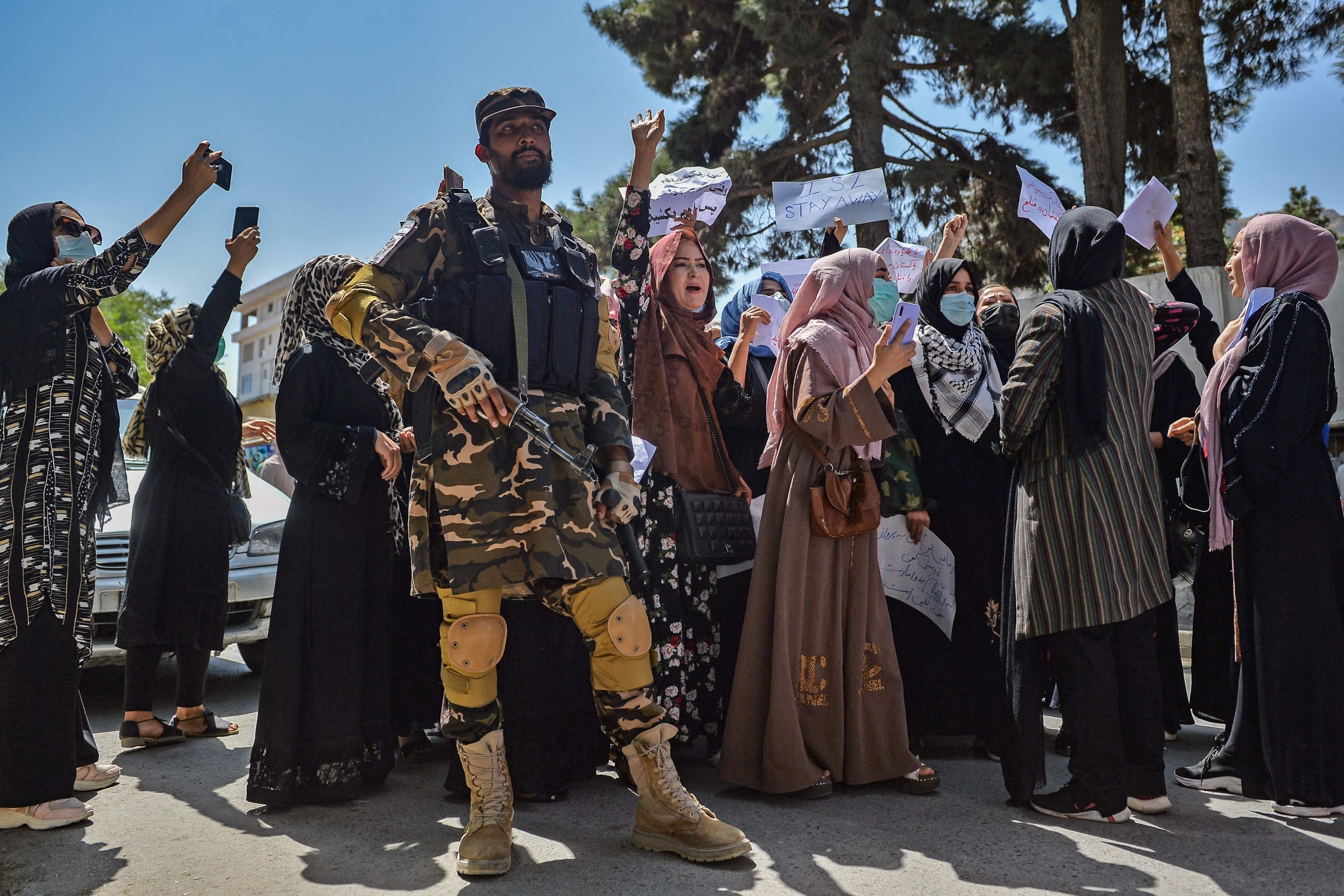 The Taliban on Tuesday fired shots in the air to disperse a crowd of people protesting in Kabul against Pakistan's involvement in Afghanistan affairs, reported AFP.

According to AFP, around 70 people, mostly women, were protesting outside the Pakistani embassy in Kabul.

Meanwhile, videos shared by local media showed hundreds of Afghan men and women chanting slogans against Pakistan, reported India Today. A video is doing rounds on Twitter in which an Afghan woman says, “No one has the right to invade Panjshir, neither Pakistan, nor Taliban.”

The Taliban claimed total control over Afghanistan, saying they had won the key battle for the Panjshir Valley, the last holdout of resistance against their rule.

The Taliban said on Monday they have seized the last province not in their control after their blitz through Afghanistan last month, apparently overrunning forces who had opposed their takeover.

Taliban spokesman Zabihullah Mujahid confirmed that the province, which is north of the capital, was now held by their fighters.

"We tried our best to solve the problem through negotiations, and they rejected talks and then we had to send our forces to fight," Mujahid told a news conference in Kabul later Monday.

The resisting forces were led by the former vice president, Amrullah Saleh, and also the son of the iconic anti-Taliban fighter Ahmad Shah Massoud.

Meanwhile, the Taliban on Monday asserted that it will not allow any country, including Pakistan, to interfere in Afghanistan's internal affairs as it confirmed that ISI chief Lt Gen Faiz Hameed met the insurgent group's de-facto leader Mullah Abdul Ghani Baradar in Kabul, amidst efforts to finalise a government in the war-torn country.

The questions of interference in Afghanistan's internal affairs were raised after the Inter-Services Intelligence (ISI) Director General Lt Gen Hameed dashed to Kabul on an unannounced visit last week.

Taliban spokesperson Zabiullah Mujahid said that the group will not allow any country, including Pakistan, to interfere in Afghanistan's affairs, Afghanistan's Khaama news reported.

Lt Gen Hameed was the first high-ranking foreign official to visit Afghanistan since the Taliban seized the Afghan capital in mid-August.

During a press conference in Kabul on Monday, Mujahid confirmed that the ISI chief had met with Mullah Baradar during his visit to Kabul, BBC Urdu reported.

The Taliban has assured Islamabad that Afghan territory will not be used against Pakistan, he said.

Earlier, Pakistani media reported that a delegation of senior officials led by Lt Gen Hameed was in Kabul at the invitation of the Taliban, but the insurgent group said that Islamabad had proposed his visit.

On Sunday, the Taliban said that the Pakistani spy chief was in Afghanistan to improve bilateral relations between Kabul and Islamabad.

On August 15, the Taliban seized power in Afghanistan, two weeks before the US was set to complete its troop withdrawal after a two-decade war. The insurgents stormed across the country, capturing all major cities in a matter of days, as Afghan security forces trained and equipped by the US and its allies melted away.