Putin’s visit to Iran will follow U.S. President Joe Biden’s trip to Israel and Saudi Arabia this week, where Iran’s nuclear program and malign activities in the region will be a key subject of discussion.

Russian President Vladimir Putin will visit Iran next week, the Kremlin said Tuesday, a day after the U.S. warned that Tehran could provide Moscow with drones for its action in Ukraine.

During a trip to Tehran next Tuesday, Putin will attend a trilateral meeting with the leaders of Iran and Turkey, the so-called Astana format of meetings for Syria-related talks, Kremlin spokesman Dmitry Peskov said.

Putin’s visit to Iran will follow U.S. President Joe Biden’s trip to Israel and Saudi Arabia this week, where Iran’s nuclear program and malign activities in the region will be a key subject of discussion.

Peskov told reporters that on the visit to Tehran, Putin will also have a separate meeting with Turkish President Recep Tayyip Erdogan.

In March, Erdogan helped mediate talks between Russian and Ukrainian representatives in Istanbul, Turkey. Peskov said there was no discussion about a new round of such negotiations.

The White House said Monday that it believes that Russia is turning to Iran to provide it with “hundreds” of drones, including those capable of carrying weapons, for use in Ukraine.

U.S. National Security Adviser Jake Sullivan said it was unclear whether Iran had already provided any of the vehicles to Russia, but said the U.S. has “information” that indicates Iran is preparing to train Russian forces to use them as soon as this month.

“Our information indicates that the Iranian government is preparing to provide Russia with up to several hundred UAVs, including weapons-capable UAVs on an expedited timeline,” Sullivan told reporters Monday, referring to drones by the acronym for unmanned aerial vehicles.

Iran long has worked on the development of drones, including so-called loitering munitions, the “kamikaze” drones like the Switchblade that the U.S. has delivered to Ukraine.

The U.S. decision to publicly reveal that the two countries’ chief regional rival was helping to rearm Russia comes as both Israel and Saudi Arabia have resisted joining global efforts to punish Russia for its action in Ukraine due to their domestic interests. 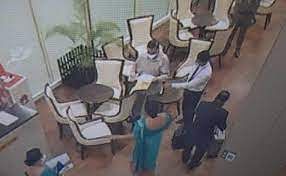