Basil is being widely held responsible for the country's worst economic crisis which has heaped misery on the people.

Colombo: Basil Rajapaksa, Sri Lanka's former finance minister and younger brother of embattled President Gotabaya Rajapaksa, was turned back at Colombo airport on Tuesday as he attempted to leave the country through the VIP terminal, an immigration officer said, amid mounting anger against the powerful family for mishandling the worst economic crisis.

Basil Rajapaksa, 71, tried to leave the crisis-hit island nation, a day before Speaker of Parliament is expected to publicly announce to the nation President Gotabaya Rajapaksa's resignation.

Basil is being widely held responsible for the country's worst economic crisis which has heaped misery on the people.

Meanwhile, the Sri Lanka Air Force on Tuesday rejected reports that President Rajapaksa was currently staying at a private house belonging to its chief Air Marshal Sudarshana Pathirana, describing it as "propaganda" to tarnish the force's image.

The speculation around Rajapaksa's presence at the house emanated last night after the president reportedly arrived at Colombo airport to board an Emirates flight to Dubai. With the immigration officers objecting to his younger brother and former finance minister Basil Rajapaksa's departure, it was alleged that the president had stayed back at an Air Force facility near the airport.

Parliament Speaker Mahinda Yapa Abeywardena's office said on Wednesday that President Rajapaksa was still in the country, dismissing media reports that the embattled leader, whose whereabouts are unknown, may have fled.

Rajapaksa, 73, informed the Speaker on Saturday that he will resign on July 13.

Even as political uncertainty prevails in Sri Lanka, the distribution of cooking gas has resumed alongside the delivery of fuel to retailers by the Indian Oil Company after stoppage on Sunday. Long queues were seen at fuel pumps.

The protesters continue to occupy the three main buildings in the capital, the President's House, the presidential secretariat and the prime minister's official residence, Temple Trees.

President Rajapaksa has officially conveyed to Prime Minister Ranil Wickremesinghe that he will resign on July 13 as previously announced, the PM Office said on Monday, days after protesters stormed both leaders' homes in rage over the government's mishandling of the country's worst economic crisis. 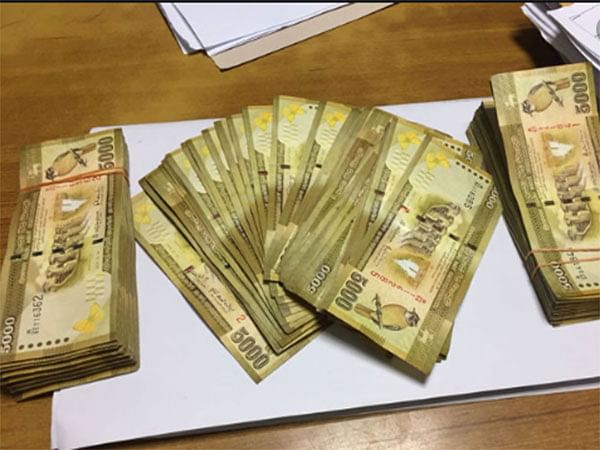