The Economist Intelligence Unit's (EIU) publishes an annual Global Liveability Ranking, which ranks 140 cities for their urban quality of life based on assessments of their stability, healthcare, culture, environment, education and infrastructure

Vienna, the capital of Austria, is the world's most liveable city, according to an annual report from the Economist | Twitter

The Austrian capital Vienna has made a comeback as the world's most liveable city, according to an annual report from the Economist published Thursday.

Vienna snatched the top spot from New Zealand city Auckland, which tumbled down to 34th place due to coronavirus pandemic restrictions, according to the report by the Economist intelligence unit published on Thursday.

“Vienna, which slipped to 12th place in our rankings in early 2021 as its museums and restaurants were closed, has since rebounded to first place, the position it held in 2018 and 2019,” the report said.

“Stability and good infrastructure are the city’s main charms for its inhabitants, supported by good healthcare and plenty of opportunities for culture and entertainment.”

The Austrian capital had slipped to 12th place last year, according to The Economist Intelligence Unit (EIU) rankings.

The world's most livable cities is an informal name given to any list of cities as they rank on an annual survey of living conditions. In addition to providing clean water, clean air, adequate food and shelter, a ‘livable’ city must also generate a sense of community and offer hospitable settings for all, especially young people, to develop social skills, a sense of autonomy and identity.

EIU publishes an annual Global Liveability Ranking, which ranks 140 cities for their urban quality of life based on assessments of their stability, healthcare, culture, environment, education and infrastructure.

Syria's war-ravaged capital, Damascus, ranked lowest in terms of living conditions. Also at the bottom of the list were Lagos in Nigeria, Tripoli in Libya, Algiers in Algeria and Karachi in Pakistan. Of the 10 lowest-ranked cities, seven were from the Middle East and Africa.

"Wars, conflicts and terrorism" were the biggest factors listed by the report regarding the low livability of these cities.

Lebanon’s capital, Beirut, which was ravaged by a 2020 port explosion and is battling a crippling financial crisis, was not included in the ranking of business destinations.

Neither was Kyiv, after the Russian invasion on 24 February forced the Economist to abort its survey of the city. Russia’s capital, Moscow, saw its liveability ranking fall by 15 places, while St Petersburg slipped by 13 places.

“Increased censorship accompanies the ongoing conflict,” the report noted. “Russian cities are additionally seeing restrictions on culture and environment as a result of western economic sanctions.”

Other cities in eastern Europe were considered less stable following “raised diplomatic tensions” due to the war in Ukraine.

Western European and Canadian cities dominated the top of the rankings. Germany's financial capital, Frankfurt climbed 32 places to seventh position while Hamburg and Düsseldorf came in at 16 and 22.

French capital Paris came in at 19th, up 23 places from last year. London was ranked 33, while Milan, Italy was the 49th most livable city. New York in came in at 51.

Canada also did well. Calgary came in joint third position, followed by Vancouver in fifth place and Toronto in eighth. 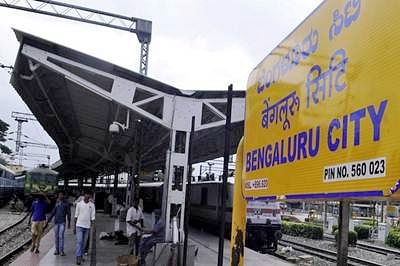