Through a telehealth service, the testing can be either PCR tests or antigen self-tests.

Atlanta: In a new set of restrictions amid a spike in COVID infections in China, the United States (US) will require all visitors from China to present a negative COVID-19 test result before boarding a flight to the country, CNN reported on Wednesday.

Through a telehealth service, the testing can be either PCR tests or antigen self-tests.

CNN reported citing the Federal health officials that passengers travelling from China to the US will need to take a test no later than two days prior to their flight and provide their airline documentation of a negative result before boarding.

Both travellers flying from China directly to the United States and passengers going through well-known third-country gateways like Seoul, Toronto, and Vancouver will be subject to the rule.

In place of a negative test result, those who test positive more than 10 days before their travel will be asked to present proof of their recovery.

The Traveler-based Genomic Surveillance programme will now include airports in Seattle and Los Angeles, bringing the total number of participating airports to seven, with roughly 500 weekly flights from at least 30 different nations covered, according to officials. There will be about 290 flights per week from China and adjacent areas, according to CNN.

The move comes after Japan, India and Malaysia announced they will impose new measures on travellers from China in the last 24 hours, citing a rise in infections there.

RT-PCR mandatory in India for passengers coming from 5 countries

Union Health Minister Mansukh Mandaviya on Saturday announced that the RT-PCR test has been made mandatory for passengers coming from five countries including China.

"The RT-PCR test to be mandatory for international arrivals from China, Japan, South Korea, Hong Kong and Thailand. On arrival, if any passenger from these countries is found symptomatic or tests positive for Covid-19 infection, then he/she will be put under quarantine," Health Minister Mandaviya said in a conversation with ANI.

Meanwhile, Japan also imposed Mandatory testing for COVID-19 from December 30 upon arrival for travellers from China due to an increase in the number of confirmed cases there, the Kyodo news agency reported on Tuesday. 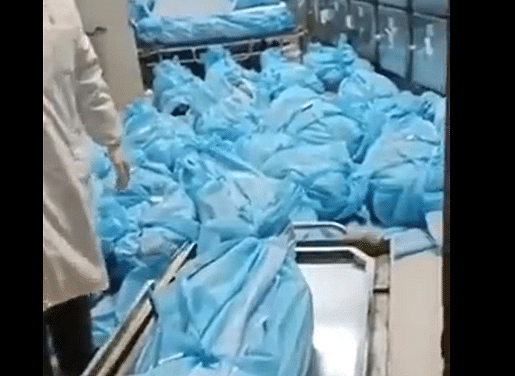 In November, China saw a record increase in local COVID-19 outbreaks. Due to the deterioration of the epidemiological situation, the authorities introduced partial lockdowns in some areas while also forcing their residents to undergo PCR testing on a daily basis.

In particular, starting from November 24, restrictive measures were tightened in a number of China's major cities, including Beijing and Shanghai.

Against this background, some Chinese cities -- Shanghai, Beijing, Guangzhou, Wuhan, and others -- were hit by mass protests. The rioters demanded the immediate lifting of lockdowns, the abolition of regular PCR testing, and the easing of COVID-19 restrictions.

Earlier on Friday, local media reported that about 37 million people in China could have contracted COVID-19 in a single day last week, making the country's outbreak the largest in the world.