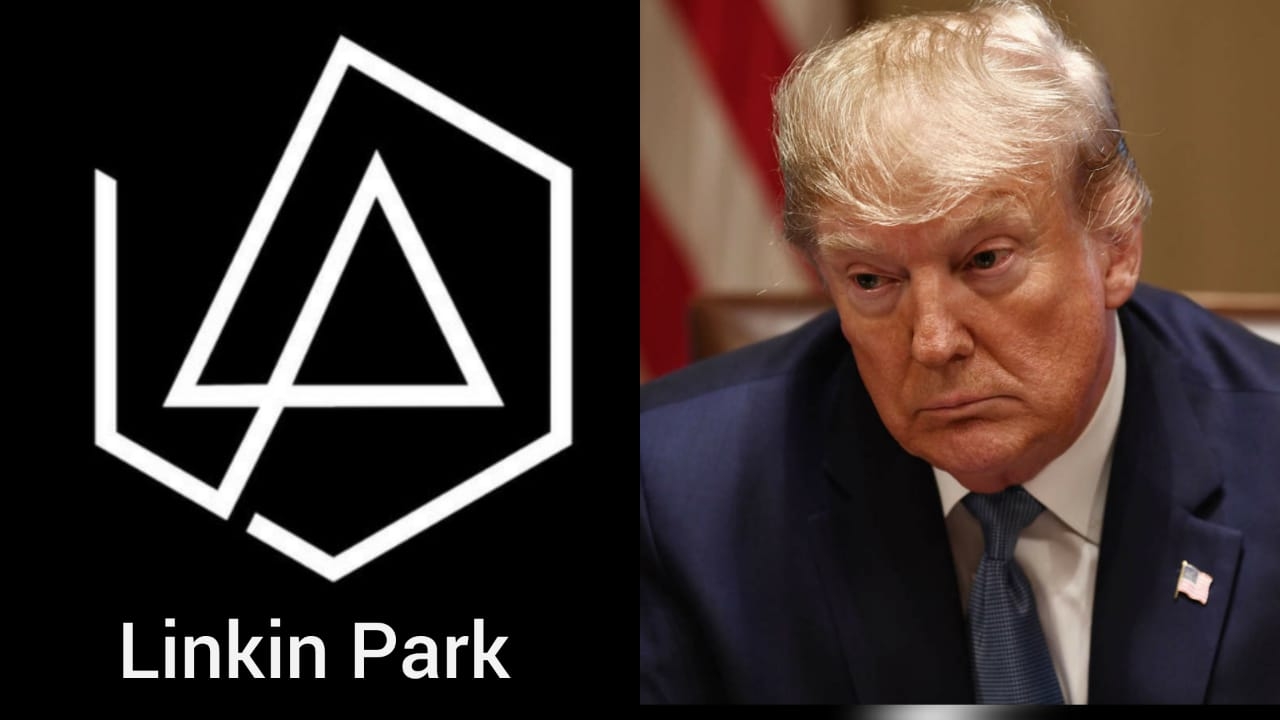 Twitter today removed a video retweeted by USA President Donald Trump which included music from the American rock band Linkin Park, after the band sent a copyright notice to the microblogging site.

The band did not just stop at sending a notice for removal of the video and said that it does not authorise Trump's organisation to use any of their music.

The official Twitter handle of the band today came up with a statement: "Linkin Park did not and does not endorse Trump, nor authorize his organization to use any of our music. A cease and desist has been issued (sic)."

The micro-blogging platform removed the video after the band sent a copyright notice under the US Digital Millennium Copyright Act.

"This media has been disabled in response to a report by the copyright owner," said Twitter.

Trump's tweet showed a "meme" version of a photo taken by The New York Times in 2015. Trump tweeted along with the photo: "In reality they're not after me, they're after you. I'm just in the way".

After the NYT complained to Twitter, the micro-blogging platform removed the picture.

Late last month, Twitter flagged a tweet from Trump which promoted violence by saying if protesters tried to set up an "autonomous zone" in Washington, DC they would be met with "serious force".

Twitter earlier labeled a video tweeted by him which mocked CNN as manipulated media.

In May, Twitter labeled two Trump tweets that made false claims about mail-in ballots in California.