For Washington and its allies, the presence of Chinese forces in the South Pacific would spell an end to decades of efforts to contain China inside the "first island chain"

China wants 10 small Pacific nations to endorse a sweeping agreement covering everything from security to fisheries in what one leader warns is a “game-changing” bid by Beijing to wrest control of the region.

A draft of the agreement obtained by The Associated Press shows that China wants to train Pacific police officers, team up on “traditional and non-traditional security” and expand law enforcement cooperation.

China also wants to jointly develop a marine plan for fisheries — which would include the Pacific’s lucrative tuna catch — increase cooperation on running the region’s internet networks, and set up cultural Confucius Institutes and classrooms. China also mentions the possibility of setting up a free trade area with the Pacific nations.

China’s move comes as Foreign Minister Wang Yi and a 20-person delegation begin a visit to the region this week.

In Washington, U.S. State Department spokesman Ned Price expressed concern Wednesday about China’s intentions, saying Beijing might use the proposed accords to take advantage of the islands and destabilize the region.

The South Pacific is increasingly a theatre for competition between China and the United States -- which has been the primary power in the region for the last century.

Beijing has sought to develop a greater military, political and economic foothold, but until now has made only limited and uneven progress.

A region-wide agreement covering security and trade between China and Pacific islands would represent a shift in Beijing’s focus from bilateral relationships to dealing with the Pacific on a multilateral basis – and would likely increase concerns by Washington and its allies.

It amounts to a rapid acceleration of a diplomatic push that has, until now, has largely focused on one country at a time. The leaked agreement has the potential to pull several nations into Beijing’s orbit at once — if widely approved.

For Washington and its allies, the presence of Chinese forces in the South Pacific would spell an end to decades of efforts to contain China inside the "first island chain".

It could also require a dramatic repositioning of US forces.

For Beijing, a base or even port access would challenge US hegemony in the region and ease what it sees as encirclement by the West. 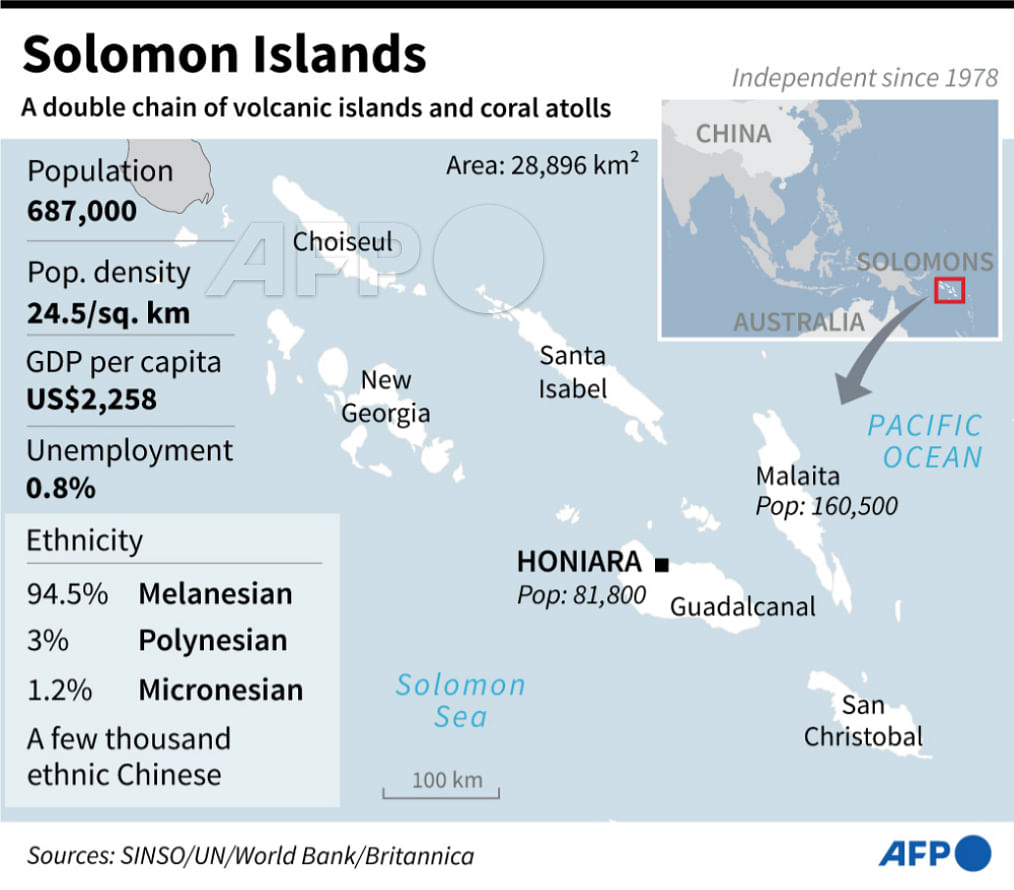