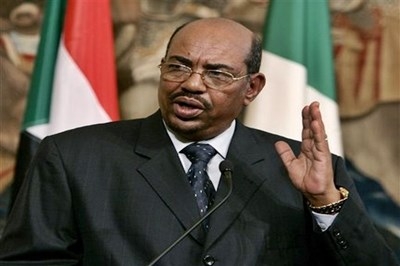 Khartoum, Jan 10  Three protesters died after police broke up an anti-government demonstration in Sudan, police said Thursday, as thousands chanted support for President Omar al-Bashir at a rival rally in Khartoum. Wednesday’s competing rallies in the Sudanese capital followed a month of angry street protests over a government decision to triple the price of bread at a time when the country faces an acute shortage of foreign currency and soaring inflation.

The footage could not be verified independently. On Thursday, police confirmed that three protesters had died in the Omdurman anti-government protest but did not specify how they had died. “An illegal gathering was held in Omdurman and police dispersed it with tear gas,” police spokesman Hashim Abdelrahim said in a statement.

“Police later received reports that three protesters had died and several injured. We are now investigating.” Late on Wednesday, a doctor said six protesters were being treated at Omdurman’s main hospital for gunshot wounds. I myself gave medicine to six people wounded by bullets,” he said without offering details.

Thousands of government supporters gathered at the rival rally on Wednesday at a sprawling ground in the capital to cheer for Bashir, who analysts say is facing the most series challenge to his regime since he swept to power in a coup in 1989. The opposition National Umma Party urged doctors to help those injured, also saying some at the anti-Bashir rally had been hit by bullets.

Sudanese authorities did not comment on the clashes, but Bashir and others have blamed violence at the month-long protests on “thugs” and “conspirators” without naming them. Authorities have so far confirmed at least 22 deaths, including two security personnel, since demonstrations erupted on December 19, but Human Rights Watch has put the death toll at 40, including children.

In the initial protests, which started in December in towns and villages before spreading to Khartoum, several buildings of Bashir’s ruling National Congress Party were torched. Wednesday’s anti-government protest came soon after thousands of people danced and cheered Bashir at the rally held in the capital’s Green Yard as police officers, soldiers and security agents secured the premise.

Men, women and children carrying pro-Bashir banners arrived in buses from early in the morning, almost filling the site.
“This gathering sends a message to those who think that Sudan will become like other countries that have been destroyed,” Bashir told a cheering crowd.

We will stop anyone who destroys our properties.” Crowds chanted “Allahu akbar” (God is greatest) and “Yes, yes, Bashir, we will follow you” at the rally, where the president was accompanied by his wife and a group of ministers. “Those who tried to destroy Sudan… put conditions on us to solve our problems, I tell them that our dignity is more than the price of dollars,” Bashir said in an apparent dig at Washington, which had imposed a trade embargo on Khartoum in 1997.

The embargo was lifted in October 2017, but Sudanese officials including Bashir have continued to blame Washington for the country’s economic woes. Dressed in a khaki shirt and trousers and waving his trademark cane, a smiling Bashir greeted the crowd as men and women whistled and waved flags.

“We are with our leader because our brothers want to destroy our country, but we will save it,” a woman supporter told AFP.
More than 800 protesters, opposition leaders, activists and journalists have been arrested since the unrest began, officials say.

On Wednesday, Sudan slammed Britain, Canada, Norway and the United States for a joint statement expressing concern at the situation in the country. The four countries had urged Khartoum to investigate the deaths of protesters, warning that Khartoum’s actions would “have an impact” on its relations with their governments.

“The ministry of foreign affairs rejects and condemns this biased statement that is far from reality,” the Sudanese ministry said. “Sudan is committed to freedom of expression and peaceful demonstrations.”