Taliban's commitment not to allow use of Afghan soil for terrorism in any manner should be implemented: Jaishankar 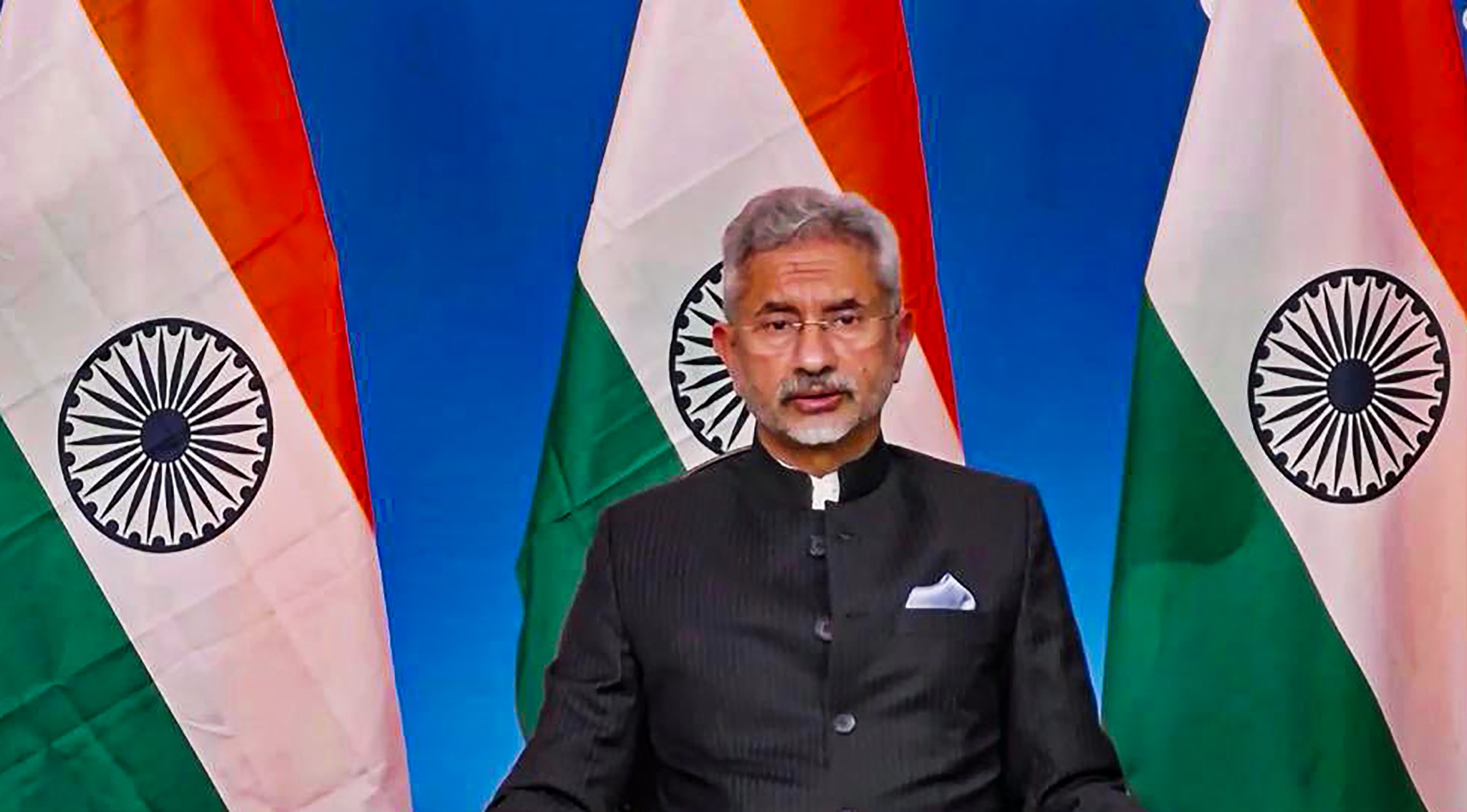 External Affairs Minister S Jaishankar has told the G20 nations that the Taliban's commitment not to allow the use of Afghanistan's soil for terrorism in any manner should be implemented and the world expects a broad-based, inclusive process that involves representation from all sections of the Afghan society.

Jaishankar addressed the G20 Foreign Ministers' Meeting on Afghanistan on Wednesday, held on the sidelines of the high-level 76th session of the UN General Assembly.

"International community must come together in response to humanitarian needs. Assistance providers must be accorded unimpeded, unrestricted and direct access," Jaishankar said in a series of tweets after the virtual meeting.

"Taliban's commitment not to allow the use of Afghan soil for terrorism in any manner should be implemented. The world expects a broad-based inclusive process that involves representation from all sections of Afghan society," he said.

The Taliban swept across Afghanistan last month, seizing control of almost all key towns and cities in the backdrop of withdrawal of the US forces that began on May 1. On August 15, the capital city of Kabul fell to the insurgents.

The Taliban claimed victory over opposition forces in the last holdout province of Panjshir on September 6, completing their takeover of Afghanistan three weeks after capturing Kabul.

The Taliban has said that Afghan territory will not be used against any country.

Jaishankar said the UN Security Council resolution 2593 on Afghanistan reflects global sentiment and should continue to "guide our approach. India's engagement will be driven by its historical friendship with the Afghan people." The resolution, adopted under India's Presidency of the 15-nation Council in August, demanded that Afghan territory not be used to threaten or attack any country or to shelter or train terrorists, or to plan or to finance terrorist acts, and reiterated the importance of combating terrorism in Afghanistan, including those individuals and entities designated pursuant to resolution 1267 (1999), and noted the Taliban's relevant commitments.

It had condemned in the strongest terms the deplorable attacks of August 26 near Hamid Karzai International Airport in Kabul, which were claimed by the Islamic State in Khorasan Province, an entity affiliated with the Islamic State in Iraq and the Levant (Da'esh), and resulted in deaths and injuries of over 300 civilians and 28 military personnel.

The resolution took note of the Taliban's condemnation of this attack.

Following the G20 meeting, US Secretary of State Antony Blinken tweeted "Had a productive dialogue at #UNGA76 with G20 Foreign Ministers and International Organisation Principals on Afghanistan. The international community is united in its expectations for the Taliban to adhere to their commitments."