Taliban take over Afghanistan: US promises to resettle Afghans in America, urges other countries to provide refuge to those fleeing 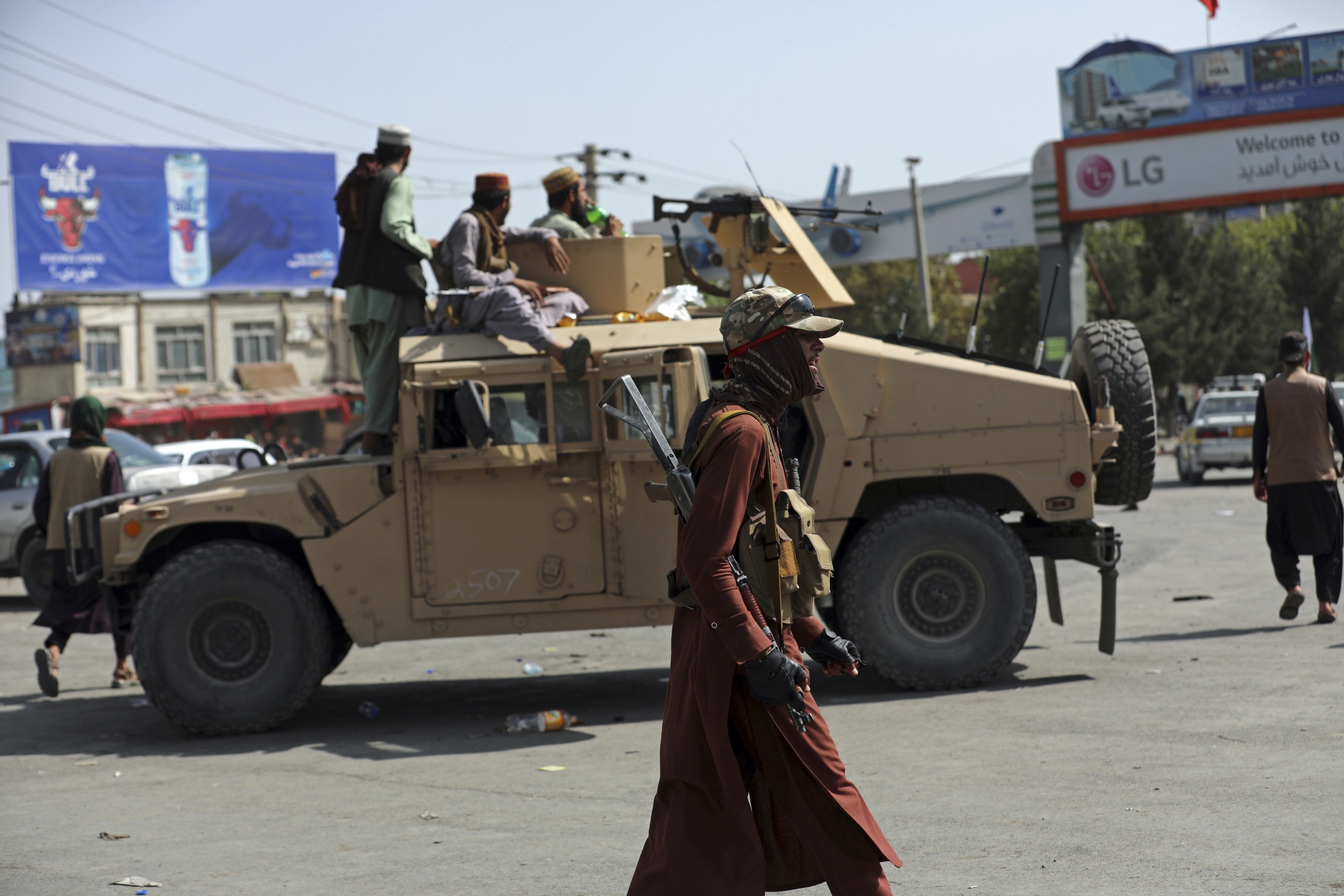 Kabul: Taliban fighters stand guard in front of the Hamid Karzai International Airport, in Kabul, Afghanistan, Monday, Aug. 16, 2021. Thousands of people packed into the Afghan capitals airport on Monday, rushing the tarmac and pushing onto planes in desperate attempts to flee the country after the Taliban overthrew the Western-backed government. | AP/PTI

New York [US], August 16 (ANI): At a special session of United Nations Security Council (UNSC) on Afghanistan on Monday, the United States promised to be generous in the resettling of Afghans in America and urged its neighbours to give refuge - temporary or permanent to Afghans attempting to flee the Taliban.

"The US promises to be generous in resettling Afghans in our own country, and I'm heartened by pledges we've seen from other nations to do the same. We urge Afghanistan's neighbours and others to give refuge - temporary or permanent to Afghans attempting to flee," said US Ambassador to UN, Linda Thomas-Greenfield.

US refugee resettlement agencies are preparing for a large influx of Afghan arrivals. The Department of Defense will potentially relocate up to 30,000 Afghan Special Immigrant Visa (SIV) applicants to the US, according to Pentagon press secretary John Kirby.

Fort Bliss in Texas and Fort McCoy in Wisconsin have the capability to house these applicants, Kirby said.

US President Joe Biden has also made clear that any action that put American personnel or a mission at risk will be met with a swift and strong military response.

This was the second meeting on Afghanistan under India's presidency at the council. Estonia and Norway had requested this urgent session after the Taliban took over the capital city Kabul on Sunday.

Talking about aid that has been stuck at the border, US Ambassador to the UN said, "We're deeply concerned that aid is not flowing to people in crisis. As per World Food Programme, over 500 tonnes of aid are currently sitting at border crossings taken over by the Taliban. These aid deliveries must resume immediately." She called on all parties in Afghanistan, to ensure safe departures and the protection of human life and property.

"Today I want to reiterate, re-emphasize and reassert this call, civilian populations including journalists and non-combatants must be protected attacks against civilians or civilian objects must stop, and the human rights and fundamental freedoms of all Afghan citizens, especially women, girls and members of minority groups must be respected," said Greenfield.

"We also call on all parties to prevent terrorism, and we must all ensure Afghanistan cannot ever, ever again the base for terrorism," added US Ambassador to UN.

She called on the Taliban to permit humanitarian organizations to continue their humanitarian work in Afghanistan.

"In addition to the ongoing violence, the Afghan people are suffering acutely from the effects of COVID-19 and drought, these urgent humanitarian needs must remain top of mind for all of us in the coming hours days and weeks, and beyond. Humanitarian personnel and agencies must have safe, unhindered access to provide life-saving assistance to the increasing numbers of Afghans in need," said Greenfield at UNSC special meet on Afghanistan.

Further, she added, "Finally, and critically, all Afghan nationals and international citizens who wish to depart must be allowed to do so safely." Greenfield also appreciated the roles of NATO and other UN actors on the ground in Afghanistan.

"The United States deeply appreciates the continued efforts of NATO and other UN actors on the ground in Afghanistan that is continuing to provide life-saving assistance to Afghans in need." She also thanked India, Norway and Estonia for calling this special session on Afghanistan. "We also thank Norway and Estonia for calling this meeting and India for convening and given the events of the past 72 hours, and we welcome the participation of Afghanistan to this meeting."