Taliban blame US for evacuation chaos at Kabul airport 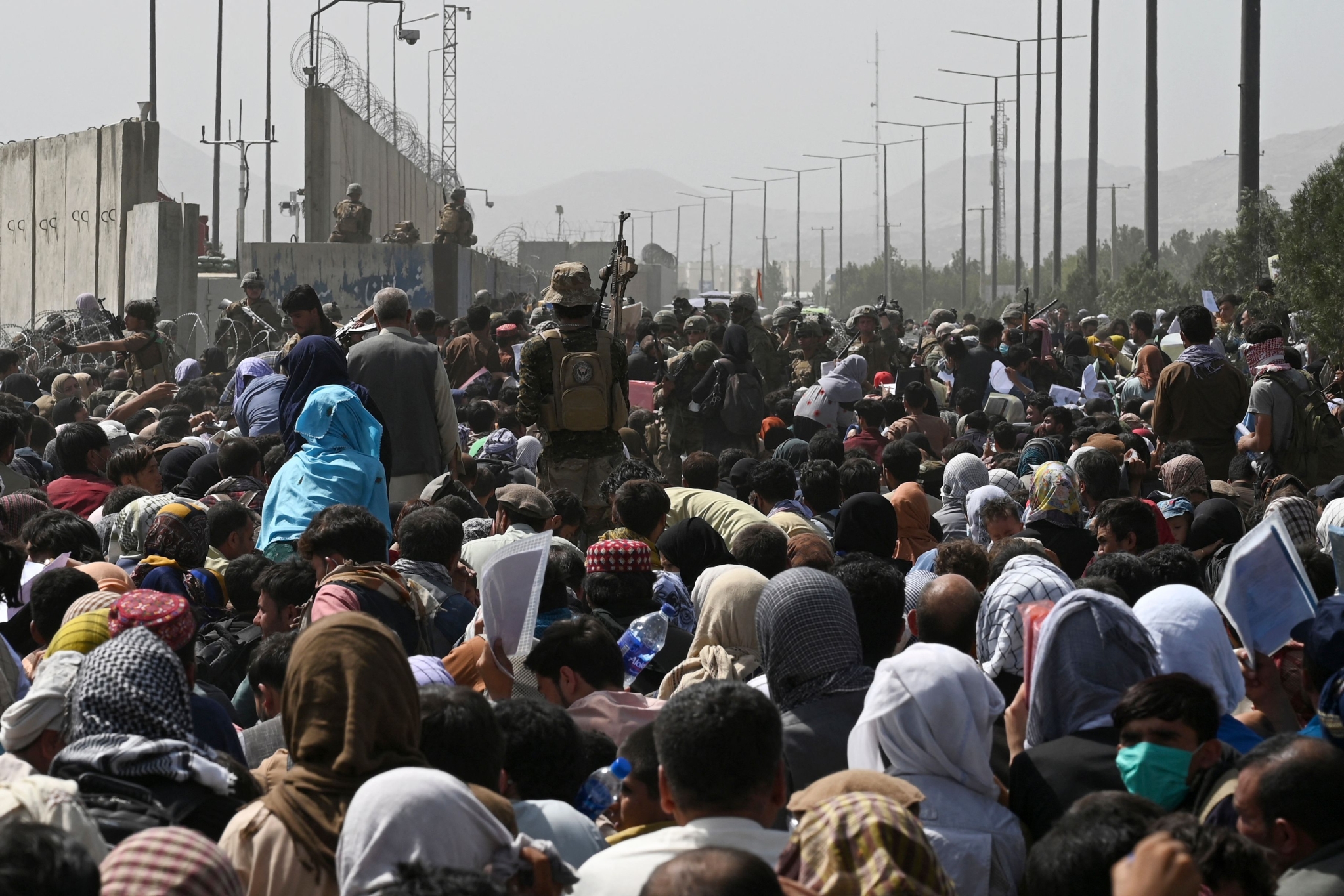 Kabul: The Taliban on Sunday blamed the United States for the chaotic evacuation of tens of thousands of Afghans and foreigners from the capital, one week after the hardline Islamist group returned to power in a rapid victory that stunned the world.

The United States has warned of security threats and the European Union admitted it was "impossible" to evacuate everyone at risk from the Taliban, who have vowed a softer version of their brutal rule from 1996-2001.

But terrified Afghans continue to try to flee, deepening a tragedy at Kabul airport where the United States and its allies have been unable to cope with the huge numbers of people trying to get on evacuation flights.

"America, with all its power and facilities... has failed to bring order to the airport. There is peace and calm all over the country, but there is chaos only at Kabul airport," Taliban official Amir Khan Mutaqi said.

A journalist, who was among a group of other media workers and academics lucky enough to get to the airport on Sunday for a flight, described desperate scenes of people surrounding their bus on the way in.

"The Taliban fighter in the truck ahead of us had to shoot in the air to make them go away."

Britain's Sky News on Saturday aired footage of at least three bodies covered in white tarpaulin outside the airport. It was not clear how they had died.

Reporter Stuart Ramsay, who was at the airport, called the deaths "inevitable" and said people were being "crushed", while others were "dehydrated and terrified".

The footage was the latest imagery of utter despair, after video of a baby being lifted over a wall at the airport and horror scenes of people hanging onto departing planes.