The vast majority of the new cases were in far northeastern Jilin province with 895. Shenzhen reported 75 new cases as residents began the first of three rounds of mass testing. Officials on Sunday locked down the city, which has 17.5 million people and is a major tech and finance hub that neighbours Hong Kong.

The surge on the Chinese mainland is infecting people in cities ranging from Shenzhen to Qingdao on the coast, to Xingtai in the north and the numbers have crept steadily higher since early March. While the numbers are small relative to numbers reported in Europe or in the U.S., or even the city of Hong Kong, which had reported 32,000 cases Sunday, they are the highest since the first big outbreak of COVID-19 in the central city of Wuhan in early 2020.

China has seen very few infections since its strict Wuhan lockdown as the government held fast to its zero-tolerance strategy, which is focused on stopping transmission of the coronavirus as fast as possible, by relying on strict lockdowns and mandatory quarantines for anyone who has come into contact with a positive case.

The recent rise in coronavirus cases has led to allowing rapid antigen tests for public use and resulted in the dismissal of senior officials for their slack response to the ongoing health crisis. The COVID-19 spike, described as the severest outbreak in two years, has forced several major cities to go into lockdowns.

Shenzhen officials imposed a lockdown for one week. Nonessential workers are ordered to stay home and adults have been asked to undergo three P.C.R. tests. On Sunday, China's National Health Commission reported 3,122 new virus cases, a rise from previous totals from 1,524 on Saturday.

What has the Chinese government said?

The government has indicated it will continue to stick to its strict strategy of stopping transmission for the time being.

What has caused the outbreak?

"But if our country opens up quickly now, it will cause a large number of infections in people in a short period of time," Zhang wrote on Monday. "No matter how low the death rate is, it will still cause a run on medical resources and a short term shock to social life, causing irreparable harm to families and society.

What have experts said?

A top Chinese infectious disease expert said that it is "not time for China to lie flat" and debate over zero-COVID, instead, Beijing should take the period as an opportunity to lay out anti-epidemic strategies that are complete and sustainable.

Shanghai-based renowned infectious disease expert Zhang Wenhong made these remarks in a post on the Chinese social media platform Sina Weibo on Monday. He said that it is "the most difficult period" for China since the COVID-19 pandemic in 2020.

Zhang noted that it is "still not time for China to lie flat." "We should have more clearer methods for the future rather than debating over zero-COVID or co-existence," he was quoted as saying by the Chinese state media tabloid Global Times.

"If China reopens quickly at this time, new cases would surge in a short time. The domestic medical system would be overloaded and the society grind to a halt, causing irreparable damages," Zhang further explained. 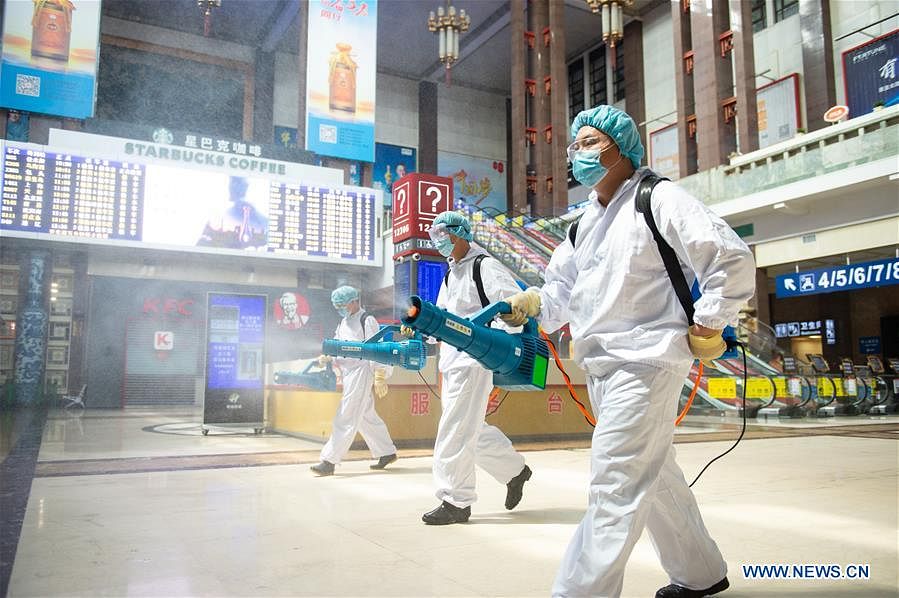