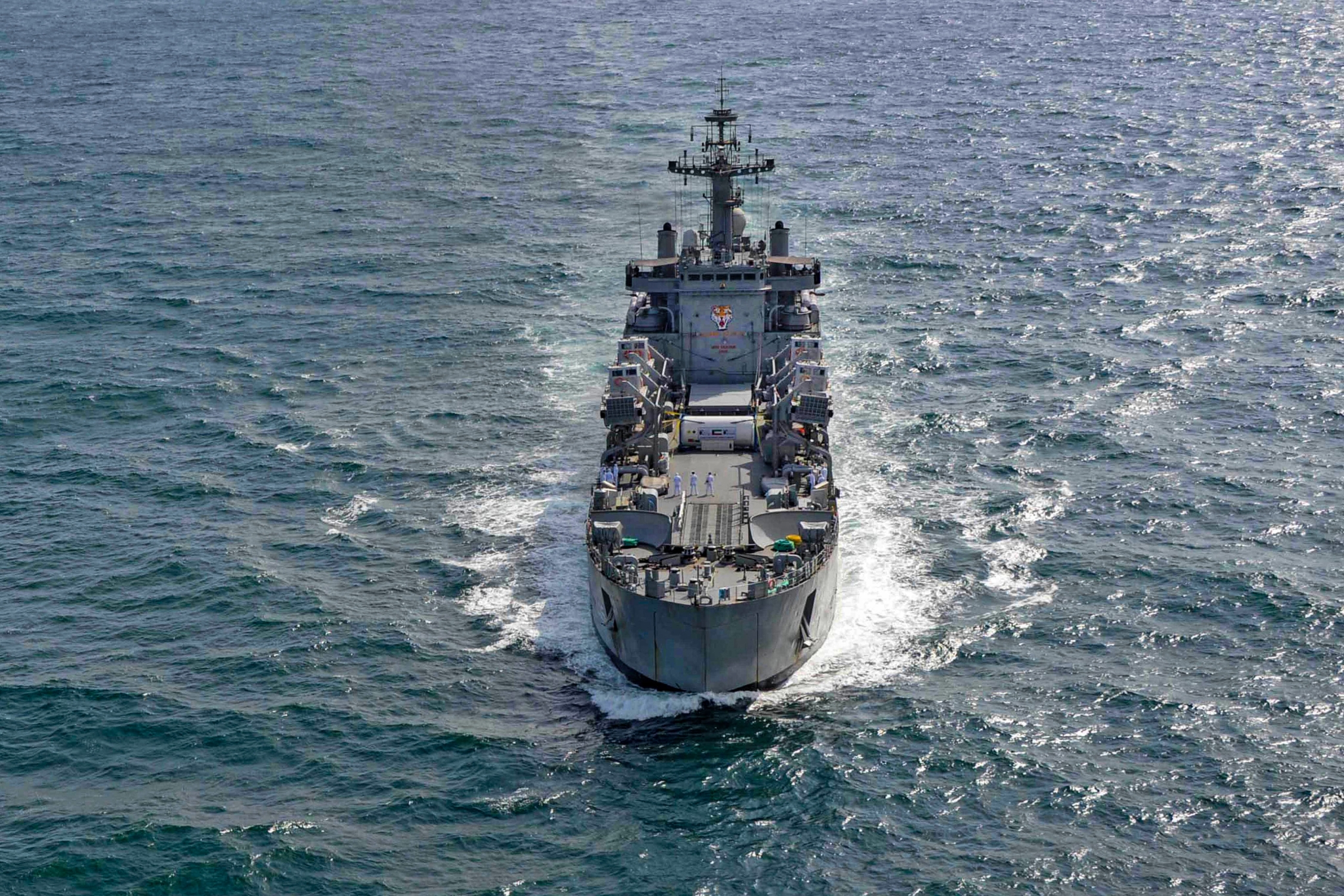 For the first time, the six ships of the Indian Navy's first training squadron have arrived in Sri Lanka on a four-day visit to further bolster the bilateral defence cooperation and to enhance the interoperability of the two forces, officials said.

The ships arrived in the ports of Colombo and Trincomalee on Sunday to conduct training with their Sri Lankan counterparts.

"The visit marks a milestone in the history of bilateral relations, wherein for the first time such a large number of Indian Navy ships have visited Sri Lanka,' the Indian High Commission said in a statement.

“Training has been one of the strongest and most enduring pillars of India - Sri Lanka bilateral defence cooperation and this visit will provide further impetus to the same. In line with the vision of both Prime Minister Narendra Modi and President Gotabaya Rajapaksa to increase people-to-people connections between both countries, this visit will positively contribute towards strengthening the existing bonds of camaraderie and friendship between defence personnel of both the countries," the statement said.

The deployment is aimed to broaden the horizons of young officers and officer-trainees by exposing them to the socio-political and maritime facets of different countries in the Indian Ocean Region. The deployment will also expose the trainees onboard towards the conduct of IN warships in various evolutions at sea, port familiarisation, and above all, foster the bridges of friendship with foreign nations.

The visit of the six Indian naval ships to Sri Lanka comes amidst China's increasing forays in this island nation and Beijing's efforts to step up defence ties with it. Sri Lanka is expected to play an important role under the Belt and Road Initiative (BRI), an ambitious global infrastructure development strategy adopted by Beijing to enhance its influence and also promote inter-regional connectivity.

The Indian Navy has been imparting training to international trainees for more than four decades now. A large number of officers and sailors from Sri Lanka are undergoing various ab-initio to advanced courses at the SNC.

During the four-day-long deployment of IN ships, Magar and Shardul along with trainees of 101 IOTC will visit the Colombo harbour, while IN ships Sujata, Sudarshini, Tarangini, and CGS Vikram will visit Trincomalee with the trainees of 100th IOTC. Various training activities are planned to be conducted between the Navies of the two countries with the aim to enhance the interoperability of the two forces, according to an official press release by the Ministry of Defence in New Delhi.

A total of 75 officers, 153 officer cadets, 10 NCC cadets, and 530 sailors form part of the visit. During their stay, a series of professional, training, cultural, and sports interactions are scheduled between the ships' crew and Sri Lanka Navy personnel.

Ships from the First Training Squadron had last visited Sri Lanka in 2015.

SNC is the Training Command of the Indian Navy which conducts the entire range of naval training for officers and sailors, including those from friendly foreign countries. As one of the finest destinations for training, the Indian Navy has trained more than 11,000 international trainees from over 40 countries in the last four decades.

The ships are scheduled to leave on October 27 and 28.