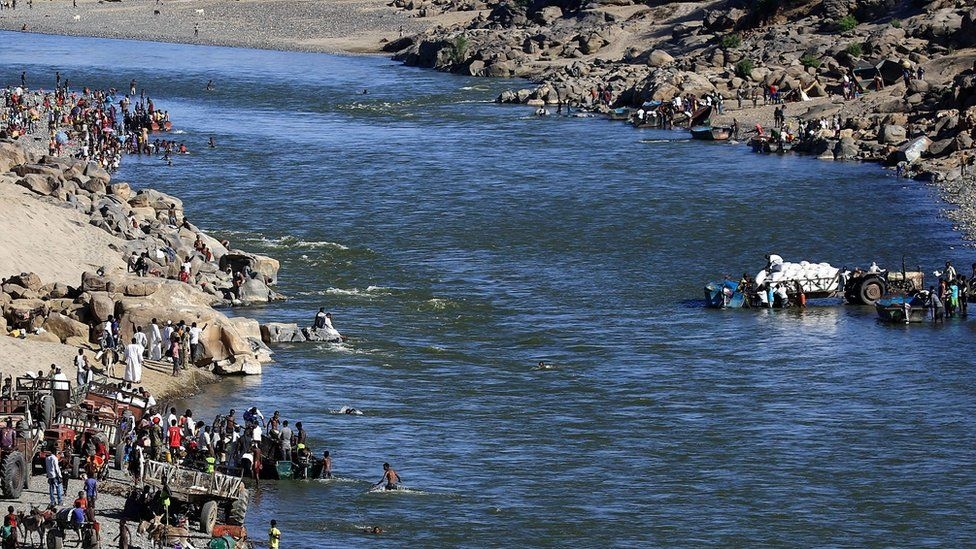 Two more bodies have been found floating down the river separating Ethiopia's troubled Tigray region from Sudan, refugees and a local physician said. They urged Sudanese authorities and the U.N. to help in search efforts.

Around 50 bodies have been discovered over the last two weeks in the Setit River, which flows through some of the most troubled areas of the nine-month conflict in Ethiopia's Tigray region, according to Tigray refugees.

Physician Tewodros Tefera said Friday he personally witnessed refugees pull several bodies from the river over the past week. Tefera is a surgeon from the nearby Tigray town of Humera who fled to Sudan at the start of the war.

Ethnic Tigrayans have accused Ethiopian and allied forces of atrocities while battling Tigray forces. U.S. Secretary of State Antony Blinken asserted in March that "ethnic cleansing" has happened in parts of Tigray.

The latest discovery raised fears that even more bodies could be dumped into the Setit, known in Ethiopia as the Tekeze. The refugees say the corpses found in recent days have been bloated and drained of color. Some had been mutilated, they say, including with severed genitals, gouged eyes and a missing limb. Others were found with their hands bound or had gunshot wounds.

The two bodies, like the previous ones, were buried in graves the refugees have dug in the border village of Wad el-Hilu on the Sudanese side of the river. That's according to the Tigray League, a newly created group of Tigrayan refugees in Sudan's Kassala province, which helps other refugees who fled the conflict to Sudan. The group has also helped search for and bury the bodies.

Since the Tigray war began in November, more than 60,000 Tigrayans have fled to Sudan, where thousands remain in makeshift camps a short walk from the river in the hope of hearing news from new arrivals.

Tefera said the group has contacted Sudanese authorities in the area and other aid groups, including the International Committee of the Red Cross, to help with search efforts along the river, identifications of the bodies and the causes of their deaths.

A senior Sudanese official said the military, in cooperation with the local community, would start search missions, possibly next week. The official said he believes more bodies could be found in the river. He didn't provide additional details and spoke on condition of anonymity because of the sensitivity of the topic and frayed ties between Sudan and Ethiopia.

The U.N. refugee agency visited the village earlier this week and confirmed seeing one of the bodies pulled from the river along with "what appear to be several fresh graves." It said it was unable to confirm the identifies of the dead or how they died.

Refugees believe the bodies were Tigrayans who were dumped into the river at Humera, which has seen some of the worst violence since the war began in November.

Doctors who saw the bodies pulled out from the river said one was tattooed with a common name in the Tigrinya language and others had facial markings common among Tigrayans, raising fresh alarm about atrocities in the least-known area of the Tigray war.

The bodies' discovery has added international pressure on the government of Ahmed, a Nobel Peace Prize winner. It faces accusations by the U.N., the United States and the European Union of besieging Tigray and blocking food and other aid to millions of people.

Hundreds of thousands face famine conditions in one of the world's worst hunger crises in a decade, as the war expands to other regions in Ethiopia, Africa's second-most populous country and the anchor of the often-volatile Horn of Africa. 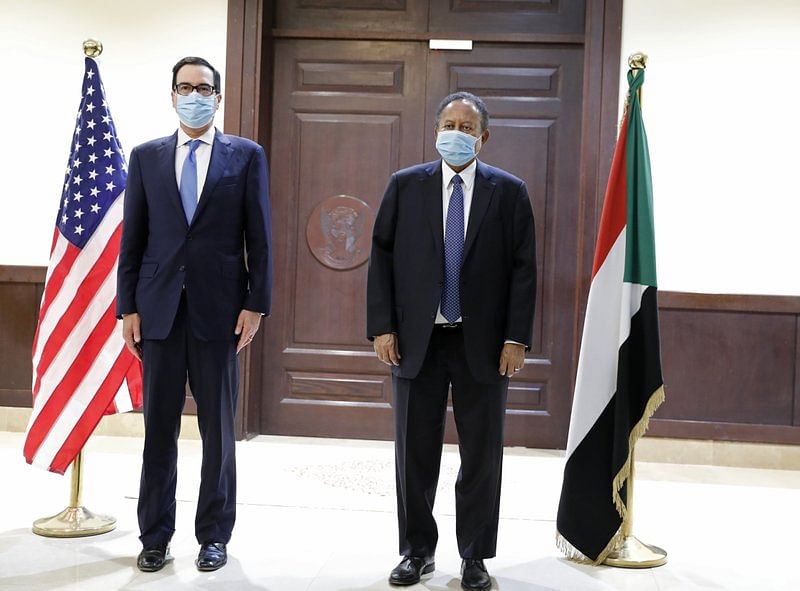 Sudan says it signed 'Abraham Accords' with US