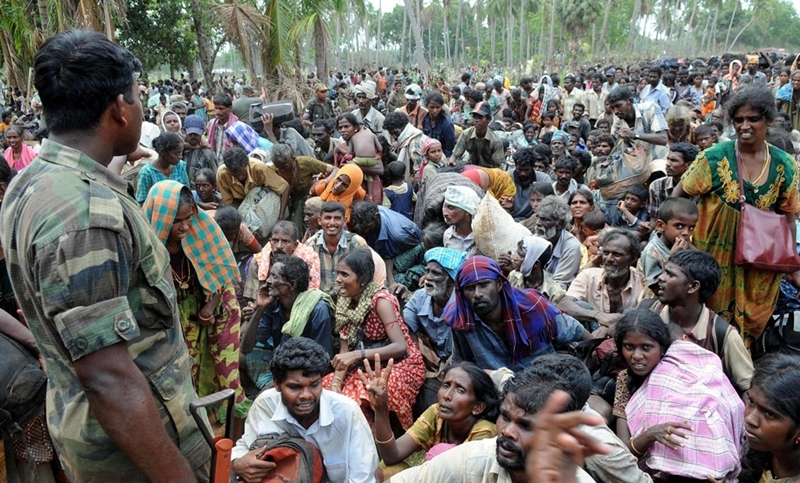 Colombo: Nearly 1,600 refugees from about 15 countries, mostly from Pakistan, are facing threats and have been attacked in Lanka following the Easter Sunday bombings which killed over 250 people, an official said on Sunday. Sri Lanka on Sunday marked a week since the coordinated blasts hit three churches and three luxury hotels.

The Islamic State (ISIS) terror group has claimed the April 21 coordinated blasts, but the government has blamed local Islamist extremist group National Thowheeth Jamaath (NTJ) for the attack. There are about 1,600 of them from about 15 countries and from various religious beliefs. They had arrived here to avoid persecution in their own countries.

A majority of them are Pakistani Christians, a welfare official working with the refugees said. A majority were living in the western coastal town of Negombo where one of the Churches, St Sebastian’s, came under attack by an ISIS-linked suicide bomber.

“They have come under attack and threats, some have been subject to physical violence. Their landlords have been pressed to evict them,” the official said. The moves to shift them elsewhere have been met with resistance by respective local politicians.  “At least 4 times they had been taken in buses out of Negombo only to be brought back due to protests,” the official said.

He said the state protection for them and collaboration with the UN refugee agency were important.  “The government’s public commitment is needed to explain the temporary nature of their stay and why we need to support and protect them,” the official said. Sporadic cases of anti-Muslim violence ha­ve been reported.