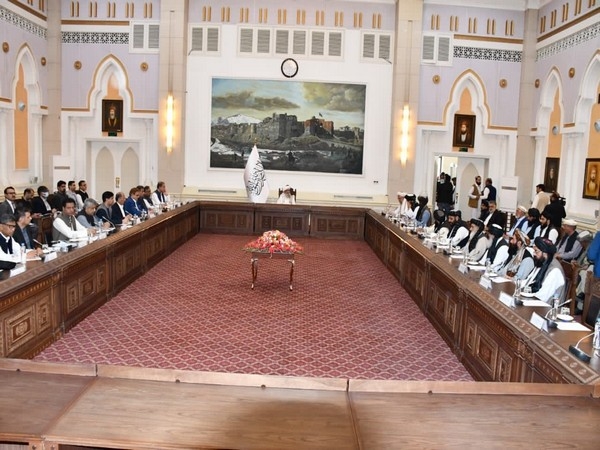 Qureshi has arrived in Kabul for a day-long visit and is set to hold important talks with the Afghan leadership, Geo News reported citing a Foreign Office's statement.

Taking to Twitter, Mansoor Ahmad Khan, Ambassador of Pakistan to Afghanistan, said that Afghanistan PM had received FM Qureshi at the ARG Presidential Office, and bilateral talks are underway.

He also informed that the discussions focused on facilitating people-to-people interaction, trade, transit, and connectivity between two nations.

The visit comes after the Moscow format meeting which concluded on Wednesday. Meanwhile, on Thursday, member countries taking part in the Moscow Format Dialogue in a joint statement expressed concern over the use of Afghan soil by proscribed terrorists.

Russia had expressed concerns over the increasing presence of ISIS and Al-Qaeda in Afghanistan after the Taliban take over.

A joint statement issued after talks stated, "being concerned about the activities of proscribed terrorist organisations in Afghanistan, the sides reaffirmed their willingness to continue to promote security in Afghanistan to contribute to regional stability".

Participating countries also called on the current Afghan leadership to take further steps to improve governance and to form a truly inclusive government that adequately reflects the interests of all major ethnopolitical forces in the country.

"This will be a fundamental prerequisite for the completion of the national reconciliation process in Afghanistan," the joint statement added.

In Afghanistan, journalists concerned over information dearth under Taliban regime, call on...