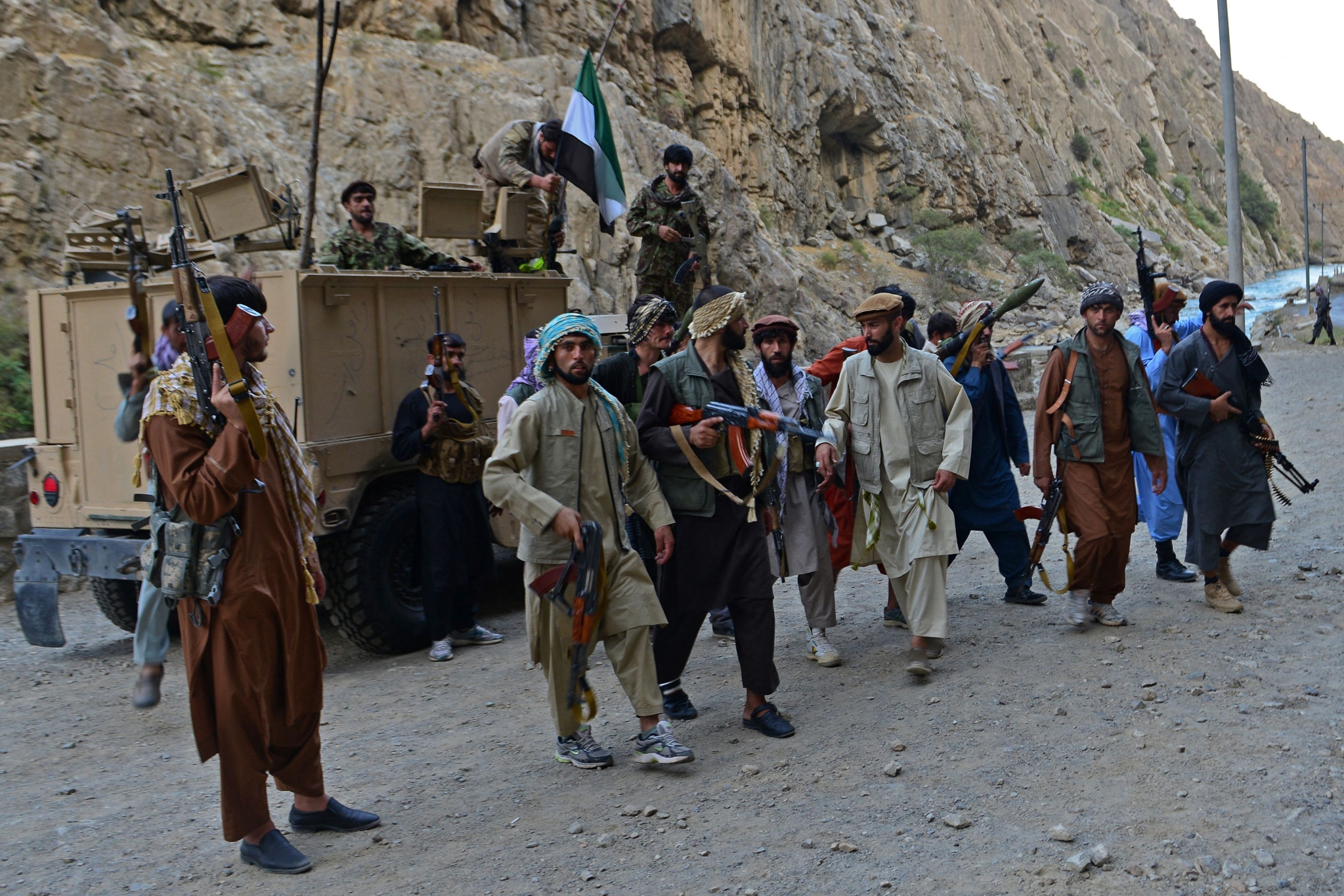 No sooner did the United States forces pull out of Afghanistan, Taliban got into immediate attack mode. Their latest target is Panjshir province. According to a report by India Today, seven-eight Taliban fighters were killed in a fight that broke out in Panjshir valley on Monday night.

According to the report, Fahim Dashty, the spokesperson of Ahmad Massoud who is leading a resistance movement against the Taliban, said the Taliban launched an attack on Monday night on Panjshir.

Taliban attacked an outpost in Afghanistan's Panjshir province, the only province that has not fallen to the terrorist group, local media reported.

"A source close to Ahmad Massoud says Taliban attacked an outpost in Panjshir this evening but were held off by resistance forces. Sporadic fighting is ongoing, the source said. The Taliban has not yet commented," Tolo News had tweeted.

Ahmad Massoud (the son of famous Afghan commander Ahmad Shah Massoud and one of the leaders of the resistance against the Taliban) and Amrullah Saleh (former Afghan government first Vice President) are presently in Panjshir valley and trying to mount a challenge to the Taliban.

The valley lies in the Hindu Kush mountains, approximately 90 miles north of Kabul. The Taliban have been unable to take this major holdout of resistance after steamrolling across pro-government troops in a matter of months.

The last US military planes flew out of Afghanistan. According to New York Times, five American C-17 cargo jets flew out of Hamid Karzai International Airport in Kabul on Tuesday morning.

US Secretary of State Antony Blinken terms it a beginning of a new chapter of American engagement with Afghanistan. "It's one in which we will lead with our diplomacy. The military mission is over," he tweeted.

Blinken has announced that the US has suspended diplomatic presence in Kabul and transferred "our operations to Doha, Qatar." "For the time being, we will use this post in Doha to manage our diplomacy with Afghanistan," he said.

He assured that the United States will continue to support humanitarian aid to the Afghan people.

"It will not flow through the government, but rather through independent organizations, like @UN agencies & NGOs. We expect that those efforts will not be impeded by the Taliban or anyone," he tweeted.

The US' last few days in Afghanistan were marred by a complete takeover by the Taliban, the collapse of the Afghan government, hasty foreign troops evacuation that left behind tens of thousands of Afghans desperate to flee the country, and horrific terrorists attack that killed scores of Afghans.