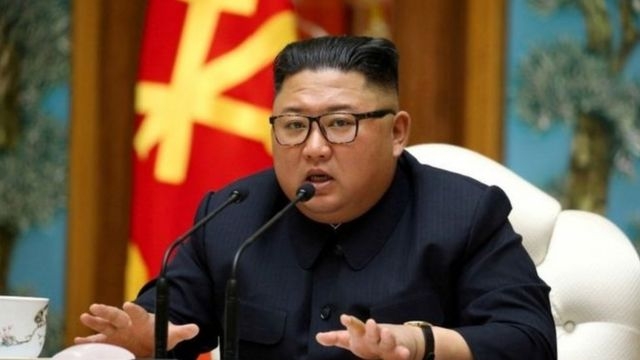 Seoul: North Korea blasted the UN Security Council (UNSC) on Sunday for convening a meeting on its recent missile launches, calling it "a manifestation of double-dealing standard".

Jo Chol-su, director of the international organization department at the North's foreign ministry, made the remark in a statement carried by Pyongyang's official Korean Central News Agency (KCNA), stressing that the missile tests were for "self-defense" purposes.

The statement came two days after the Security Council convened a meeting to discuss Pyongyang's latest weapons tests, including the test-firings of what the North claimed was "an advanced anti-aircraft missile" and a "hypersonic missile", reports Yonhap News Agency.

"The UNSC put on the table the issue pertaining to the DPRK's exercise of sovereignty. This means an open ignorance of and wanton encroachment on the sovereignty of the DPRK and a serious intolerable provocation against it," Jo said, referring to the North by its official name, the Democratic People's Republic of Korea.

Jo accused the Security Council of "keeping mum" about the joint military exercises between the US and South Korea while finding fault with the North for its "normal and planned self-defensive measures".

"This is a denial of impartiality, objectivity and equilibrium, lifelines of the UN activities, and an evident manifestation of double-dealing standard," he said.

The official added that Pyongyang has "never acknowledged the partial and illegal UN 'resolution' that seriously encroaches upon the right to existence and development of sovereign states".

"I express strong concerns over the fact that the UNSC amused itself with the dangerous 'time-bomb' this time," he said, adding that the weapons tests have never posed any threats or harm to the security of the neighbouring countries.

On Friday, the UNSC convened a closed-door meeting at the request of the US, the UK and France but reportedly did not reach an agreement for a joint statement due to the opposition from China and Russia. What is the significance of World Habitat Day 2021?