That's the conclusion of an analysis conducted on half a million DNA profiles as part of a giant study by researchers in Europe and the United States published in the influential journal Science on Thursday.
Agencies 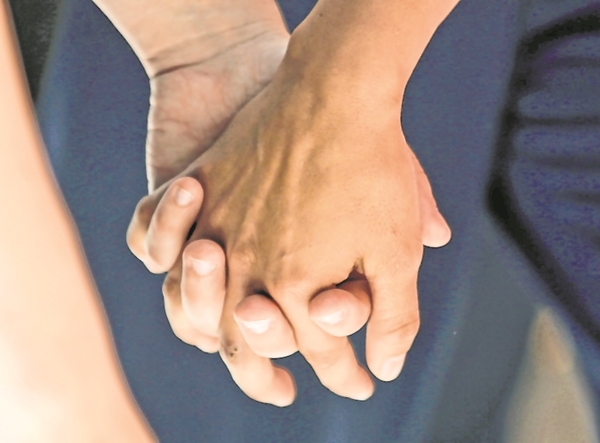 Washington: Like size or intelligence, sexual attraction isn't defined by one gene alone, but is instead the result of the complex interplay between multiple regions of the genome and hard to pin environmental factors.

That's the conclusion of an analysis conducted on half a million DNA profiles as part of a giant study by researchers in Europe and the United States published in the influential journal Science on Thursday.

Its authors hope to bury the notion, popularised in the 1990s, of the existence of an all-powerful "gay gene" that determines sexuality in the way eye colour is defined.

"We... found that it is effectively impossible to predict an individual's sexual behaviour from their genome," said Ben Neale, a member of MIT and Harvard's Broad Institute, one of several organisations involved in the work.

Sexual orientation does have a genetic component, however, say the researchers, confirming previous smaller studies, notably on twins. But the effect is mediated by a myriad of genes.

"There is no single gay gene but rather the contribution of many small genetic effects scattered across the genome," said Neale. Added to this are environmental factors: how a person is raised in childhood, where they live as an adult etc.

Take for example height: the genetic component is indisputable and linked to how tall your parents are or were. But other factors like nutrition during childhood play an important part.

The same is true for how likely you are to have a heart attack. Certain genes lead to a predisposition toward cardiac disease, but lifestyle and diet are ultimately more significant.

The new statistical analysis revealed five points in our chromosomes, called loci, which appear closely linked to sexuality, though each individually has a "very small" influence.

It also turns out that one of these markers is associated with hair loss, which suggests a link with the regulation of sexual hormones. It's believed that these five markers could be just the beginning, with thousands more awaiting discovery in future.