The 'political stability and transformation' pact will give Ismail the backing of 88 lawmakers in Anwar's bloc, in addition to 114 that support him in the 222-member house
Associated Press Kuala Lumpur: Barely a month in office, Malaysia's new leader has won opposition support to shore up his fragile government in exchange for a slew of reforms as Parliament reopened Monday.

Prime Minister Ismail Sabri Yaakob signed an unprecedented cooperation pact in Parliament with the main opposition bloc led by Anwar Ibrahim, in a move to prevent any bid to undermine his rule ahead of general elections due in two years.

The "political stability and transformation" pact will give Ismail the backing of 88 lawmakers in Anwar's bloc, in addition to 114 that support him in the 222-member house.

Ismail said in a statement that the pact will lead to bipartisan cooperation and political reforms that will bolster governance, fight the COVID-19 crisis, and help to revive the economy.

"The government is confident that this memorandum of understanding will not only help cast aside all political differences but also ensure the country's recovery is holistic and inclusive," he said.

Officials said further details of the agreement will be unveiled soon.

He also pledged to immediately lower the minimum voting age from 21 to 18, ensure bipartisan agreement on any new bill and get opposition input on the country's economic recovery.

He also made it so the role of opposition leader gets the same remuneration and privileges as a Cabinet minister.

Malaysia has recorded close to two million COVID-19 infections, with more than 20,000 deaths despite a lockdown since June that has hurt the economy.

Ismail is Malaysia's third prime minister since a historic vote in 2018 ousted the corruption-tainted United Malays National Organization, which led Malaysia since independence from Britain in 1957. But mass defections caused the collapse of Anwar's reformist alliance.

Muhyiddin Yassin formed a new government that included UMNO in March 2020 but he resigned August 16 as infighting in his coalition cost him majority support. Ismail, who is from UMNO, was Muhyiddin's deputy in the previous government and his appointment returned the premiership to UMNO.

King Sultan Abdullah Sultan Ahmad Shah, in his opening address in Parliament on Monday, lauded the bipartisan cooperation to help the country overcome its health and economic crises.

He said he has received many letters from the public, outlining the struggles they face and their pleas for change.

"It is this kind of maturity that is craved by the people," he said. "Too many have been affected by the pandemic, and too many have lost their sources of income." The monarch called for a moment of silence in memory of virus victims, and warned lawmakers not to gamble the country's future for their own political interests. 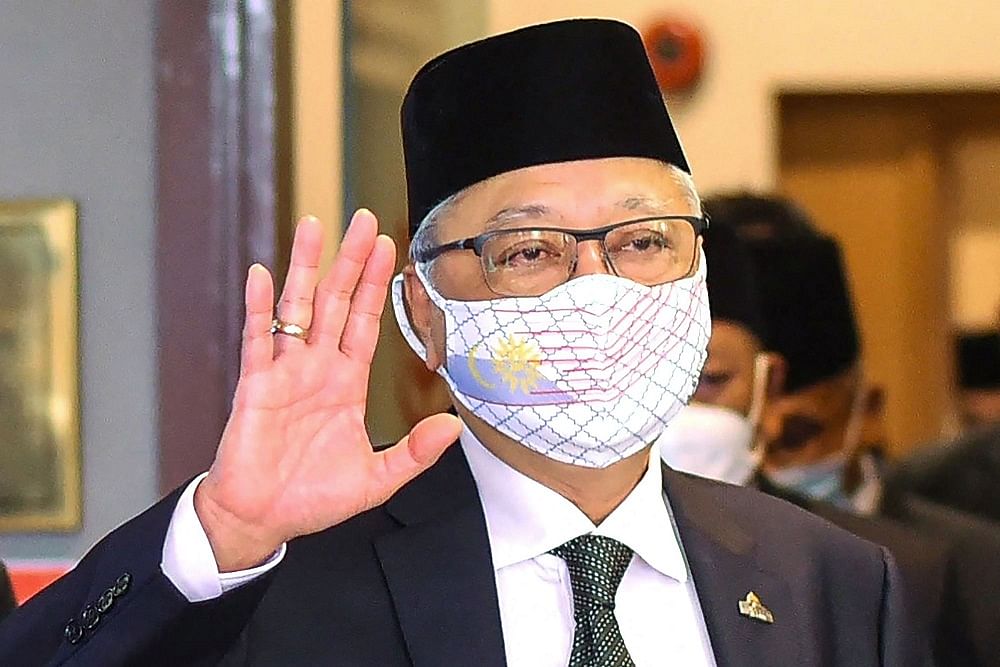