The five countries, also permanent members of the UN Security Council, said they believe strongly that the further spread of such weapons must be prevented.
PTI 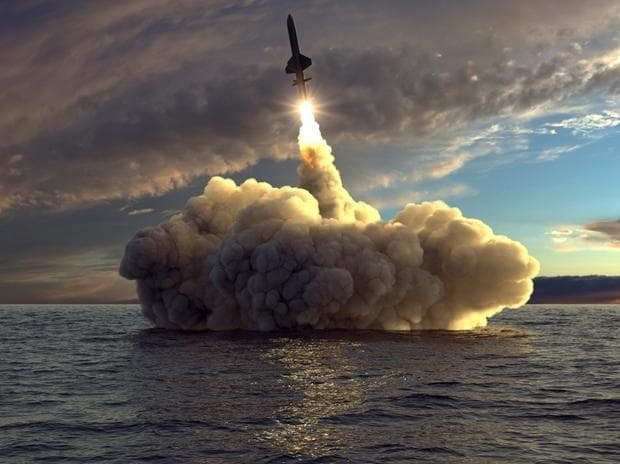 For the first time, the leaders of China, France, Russia, the UK and the US on Monday issued a joint statement on preventing nuclear war and avoiding an arms race while not aiming nuclear devices at each other or any other state.

Declaring that they consider the avoidance of war between the Nuclear-Weapon States and the reduction of strategic risks as their foremost responsibilities, the leaders of the five countries in a joint statement said, "We affirm that a nuclear war cannot be won and must never be fought."

"As nuclear use would have far-reaching consequences, we also affirm that nuclear weapons - for as long as they continue to exist - should serve defensive purposes, deter aggression, and prevent war," the statement said.

The five countries, also permanent members of the UN Security Council, said they believe strongly that the further spread of such weapons must be prevented.

"We remain committed to our Nuclear Non-Proliferation Treaty (NPT) obligations, including our Article VI obligation “to pursue negotiations in good faith on effective measures relating to cessation of the nuclear arms race at an early date and nuclear disarmament, and on a treaty on general and complete disarmament under strict and effective international control.'

"We each intend to maintain and further strengthen our national measures to prevent unauthorised or unintended use of nuclear weapons," the leaders of the five countries said in the joint statement, reiterating the validity of their previous statements on "de-targeting, reaffirming that none of our nuclear weapons are targeted at each other or any other State."

The five countries also underlined their desire to work with all states to create a security environment more conducive to progress on disarmament with the ultimate goal of a world without nuclear weapons with undiminished security for all.

The five recognised nuclear powers also expressed their intention to continue seeking bilateral and multilateral diplomatic approaches to avoid military confrontations, strengthen stability and predictability, increase mutual understanding and confidence, and prevent an arms race that would benefit none and endanger all.

"We are resolved to pursue a constructive dialogue with mutual respect and acknowledgement of each other's security interests and concerns," the joint statement said.

In Beijing, Chinese Vice Foreign Minister Ma Zhaoxu said China will continue to contribute its wisdom and proposals to global nuclear governance and is ready to carry out cooperation with all peace-loving countries.

Ma said that by issuing the joint statement, the five Nuclear-Weapon States stressed that a nuclear war cannot be won and must never be fought and reiterated that none of the nuclear weapons are targeted at each other or any other State.

This is the first time for leaders of the five Nuclear-Weapon States to issue such a joint statement, which has demonstrated the political will of the five states to prevent nuclear wars and given their common voice of maintaining global strategic stability and reducing the risk of nuclear conflicts, Ma was quoted as saying by the official Xinhua news agency. Indian Army stands tall in Galwan valley with Tricolour in hand amid video of Chinese flag being...