HomeWorldKeep your mouth shut: Houston police chief owns Trump, reminds him he's not on The Apprentice

Keep your mouth shut: Houston police chief owns Trump, reminds him he's not on The Apprentice

US President Donald Trump has been criticised for his handling of the riots that have spread across the United States following the murder of George Floyd at the hands of a police officer in Minneapolis, Minnesota.

Following Floyd’s death on May 25, widespread protests began all over the United States, starting with Minneapolis. The riots have seen protestors attacking and vandalising stores, as well as police property. The police, too, have retaliated in various cities and images of protestors and random civilians caught in the cross-fire with blood dripping down their faces has caused outrage across the world.

One incident in Dallas, Texas in particular caught massive outrage on Sunday. A man brandishing a sword was seen charging at a youth on a skateboard, only to be assaulted by an irate mob. The man, who was hospitalised in critical condition, was last reported as stable.

President Trump has also hit out at state governors for showing ‘weakness’ against the protestors. He has also allegedly asked them to ‘dominate’ the situation to restore order

Such incidents have not gone down well with the police, and Houston Police Chief Art Acevedo has lashed out at the US President. Speaking to CNN's Christiane Amanpour, Acevedo said he was speaking on behalf of all police chiefs in this country. “If the US President has nothing constructive to say, he should keep his mouth shut.”

Accusing President Trump of putting men and women in their early 20s at risk, Acevedo added, “This is not about dominating. It is about winning hearts and minds. We do not want to confuse kindness with weakness. We don’t want ignorance to ruin what we have managed to do to restore normalcy.”

Quoting Forrest Gump, the Houston police chief added that if you don’t have anything to say, don’t say it. “We need leadership now and it’s time to be presidential. This is not The Apprentice,” he said, referring to the popular reality show that starred President Trump. 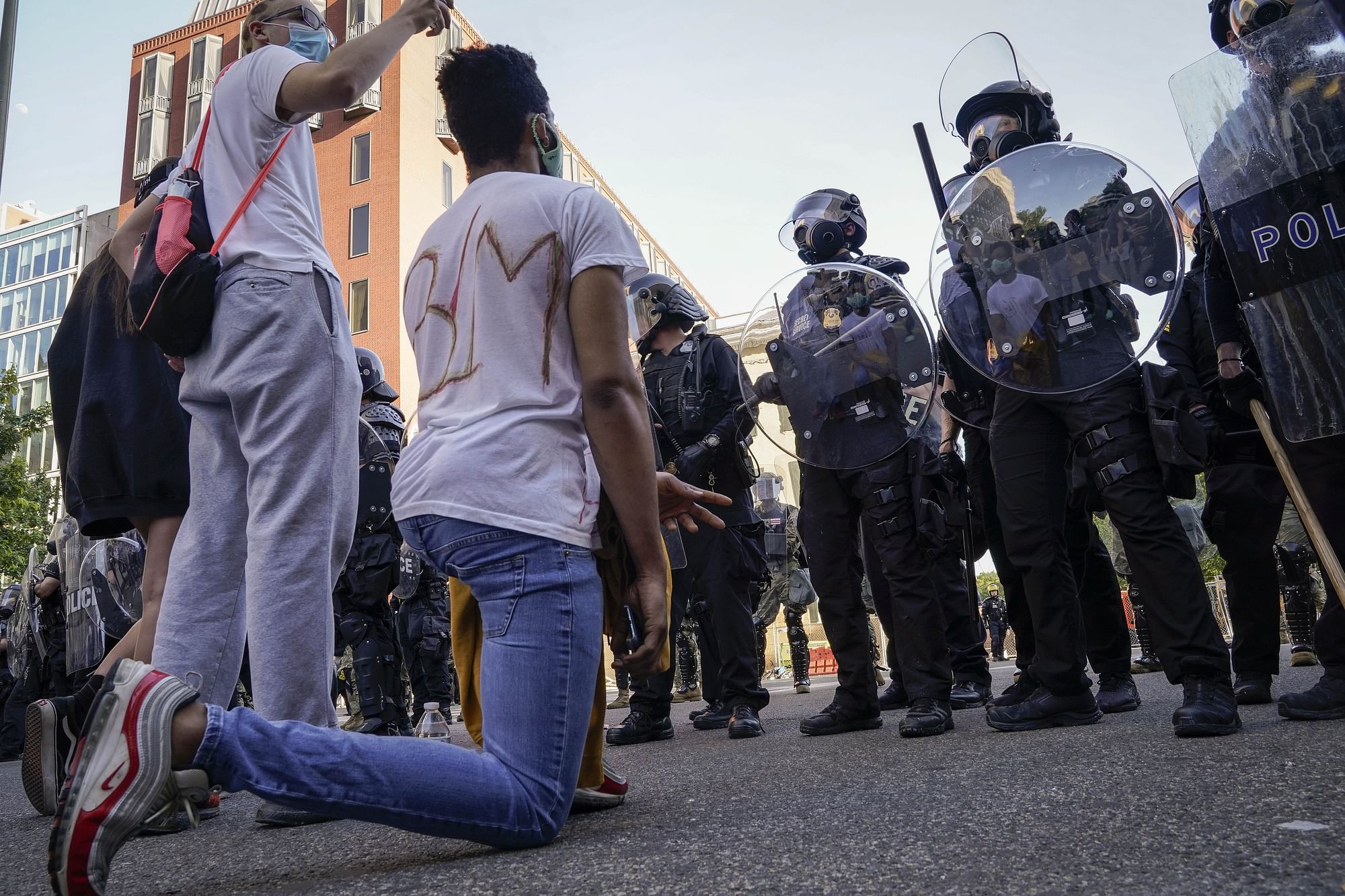 The Police Chief also encouraged more people to vote wisely during the November elections that sees President Trump go up against Joe Biden of the Democrat Party. “A number of the protesters hurling bricks can do so because they never voted,” he said.

Earlier, following the murder of Floyd, and the subsequent protests in Minneapolis, President Trump took to Twitter to condemn the ‘inaction’ of Mayor Jacob Frey, whom he referred to as a ‘radical left’.

“I can’t stand back & watch this happen to a great American City, Minneapolis. A total lack of leadership. Either the very weak Radical Left Mayor, Jacob Frey, get his act together and bring the City under control, or I will send in the National Guard & get the job done right.”

In a follow-up tweet which has now been blocked by Twitter , the POTUS also mentioned that he spoke to the Minneapolis Governor, Tim Walz and assured him that the "military was with him all the way". However, in the same tweet, he described the protesters as 'thugs' and accused them of dishonouring the memory of George Floyd. He said that if there was any more difficulty, they would assume control and warned that "when the looting starts, the shooting starts."