Holi: Festival of colours is back in Paris after 2 years

GOPIO France together with GIO (Global Indian Organisation) partnered with Indian Embassy in France and Jardin d’Acclimatation to celebrate the most colorful festival in the world HOLI.

This year, the event attracted a crowd of over 20,000 people who played with colors, danced to foot tapping music and ate mouthfuls of Indian food and snacks, queues to which lasted across the Jardin. GOPIO France organized this whole day event with a tentative programme representing the music and dances from the different states of India and to display the vibrancy of the Indian culture. The key highlights included also an Indian village that was constructed in the premise of the loveliest Parisian Garden, le Jardin d’Acclimatation. This village included stalls for food, henna, calligraphy, junk Indian jewellery, Indian spices, ayurveda, yoga and meditation, just to name a few. GOPIO booth stood tall as GOPIO members explained the mission, vision, and mandate of the organization for the Indian diaspora on the international platform.

The event on stage started with Ganesh Vandana, sung by “Nari Shakti Award” recipient, Begum Batool Ji, followed by Indian folk dance and classical music by various participants. A highlight was “Sur-Mani” and 2011 Indian Woman of the Year award winner Ms. Smita Nagdev playing the Sitar, enchanting the gathered audience in the plethora of the rich Indian classical music. This was followed by peppy contemporary music and Bollywood numbers, reverberating throughout the Jardin d’Acclimatation as performers from Bassant Troupe, led by Mr. Anwar Hussian, Sri Desi Dance, led by Yohan and several other performers made the crowd dance until their feet hurt. DJ Rits played some interesting ensemble of the latest tracks, cheered by the accumulated crowd. At 15H00, the rally, led by 2 Indian Maharajs gave the crowd a taste of the rich Indian culture, and as the performances hit the top note, the assembled crowd was sprayed with colors from the stage. The last 2 hours were dedicated to Bollywood Fusion with performances by Anwar-John band. Dr K.M. Praphullachandra Sharma, Deputy Chief of Mission to the Indian Embassy in France and Shri Vishal Sharma, India’s Permanent Ambassador to UNESCO graced the event as chief guests. The receltly crowned Miss India-France 2022, Miss Yvonne Balasuria also was present at this event. Kuwait Airlines partnered with GOPIO France on this event, offering 2 tickets for the lucky winners of the Tambola lottery draw for a round trip from Paris to India. 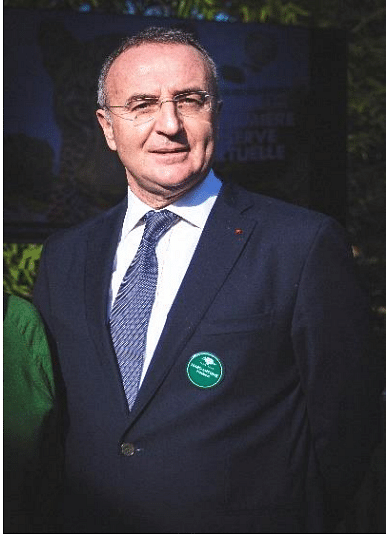 The event concluded at 18H30, with a special round of applause for the organisers, volunteers, GOPIO, under the leadership of its president, Mr. Tarun Kalwani and International Coordinator, Mr. Mehen Poinoosawmy and the Jardin administration who made this event a resounding success. GOPIO France and all the associations of the Indian Diaspora thank Mr Marc-Antoine Jamet, President of Jardin d’Acclimatation for hosting the event in this prestigious garden of Paris and promise to come back with still bigger crowds next year.

Welcoming the visitors at the Festival of Colours (Holi) event Thanks to the efforts of Global Indian Organisation, this traditional Indian festival has gone beyond frontiers. This HOLI party is also an opportunity to show love, friendships and to forgive enemies. It has a symbolic dimension by breaking down the barriers and making people equal with the colors of joy.

HomeWorldHoli: Festival of colours is back in Paris after 2 years