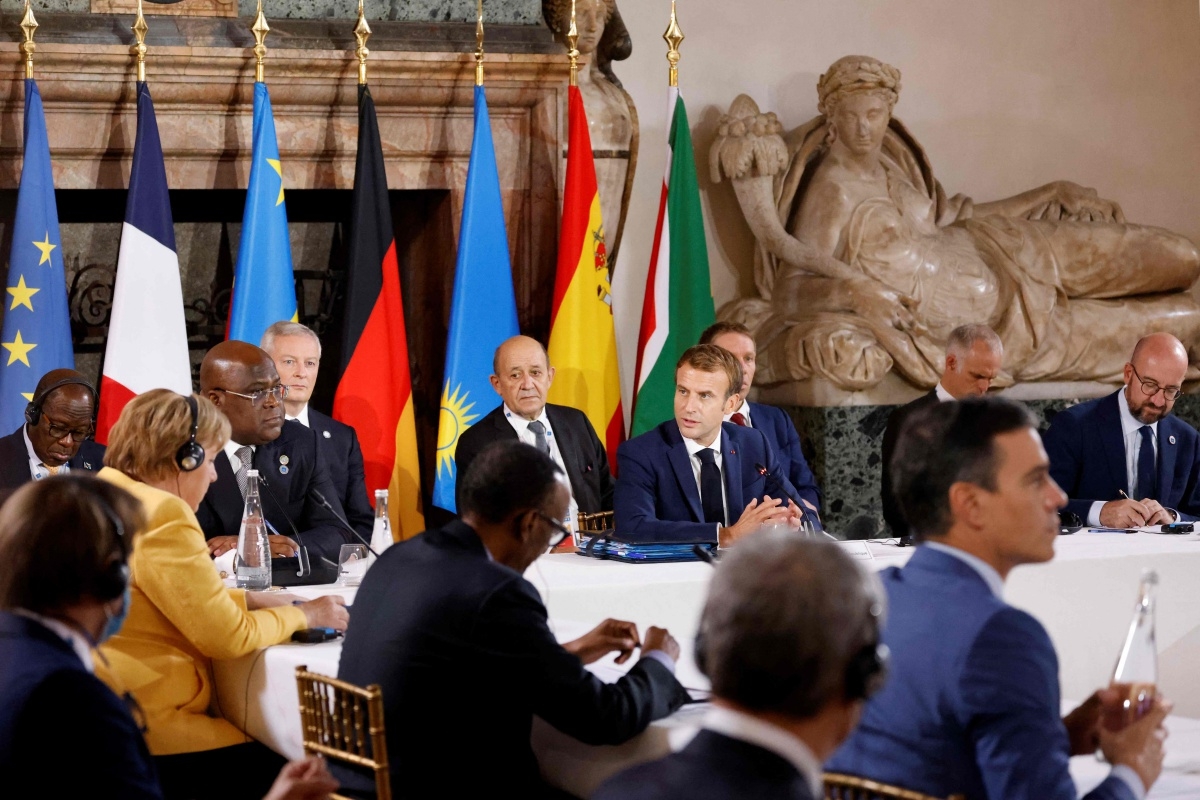 French President Emmanuel Macron (C) chairs a meeting with leaders of the African Union and European Union at the Palazzo Farnese, in Rome, on the sidelines of the G20 leaders summit, on October 30, 2021. | LUDOVIC MARIN

The G-20 – a conference of the world's powerhouse economies – have endorsed a landmark agreement on a global minimum corporate tax.

This would entail establishing a 15% global minimum corporate tax rate by 2023, a measure aimed at preventing multinational companies from stashing profits in countries where they pay few or no taxes.

The move has been praised by White House officials as a "game changer" that would create at least $60 billion in new revenue a year in the U.S. - a stream of cash that could help partially pay for a nearly $3 trillion social services and infrastructure package that President Joe Biden is seeking. U.S. adoption was key because so many multinational companies are headquartered there.

The announcement in the opening session of the summit marked the world’s most aggressive attempt yet to stop opportunistic companies like Apple from sheltering profits in so-called tax havens, where tax rates are low and corporations often maintain little physical presence beyond an official headquarters, reports New York Times.

Italy's Premier Mario Draghi opened the conference with a sharp call to pick up the pace in getting vaccines to poor countries, calling the gaping global COVID-19 vaccine gap "morally unacceptable."

The call for more collective help for low-income countries sounded a theme running through the summit, which faces a global economy recovering at different speeds. Climate change, vaccines, the recovery, international taxation are all themes occupying leaders holding their first in-person summit since the pandemic took hold.

Rich countries have used vaccines and stimulus spending to restart economic activity, ignoring the risk that developing countries that account for much of global growth will remain behind due to low vaccinations and financing difficulties.

European Union leaders will meet off-site with African leaders in efforts to further support the continent's poorest economies in the wake of the COVID-19 pandemic. French President Emmanuel Macron told reporters on Friday he expects the G-20 to confirm an additional $100 billion to support Africa's economies.

Italy is hoping the G-20 will secure key commitments from countries representing 80% of the global economy - and responsible for around the same amount of global carbon emissions - ahead of the U.N. climate conference that begins Sunday in Glasgow, Scotland.

Most of the heads of state and government who are in Rome will head to Glasgow as soon as the G-20 is over. Russian President Vladimir Putin and Chinese leader Xi Jinping are participating remotely.

On the eve of the meeting, U.N. Secretary-General Antonio Guterres warned that the Glasgow meeting risked failure over the still-tepid commitments from big polluters and challenged the G-20 leaders to overcome "dangerous levels of mistrust" among themselves and with developing nations.

The U.N. chief also blamed geopolitical divides for hampering a global vaccination plan to fight the COVID-19 pandemic, saying action "has taken a back seat to vaccine hoarding and vaccine nationalism.'' 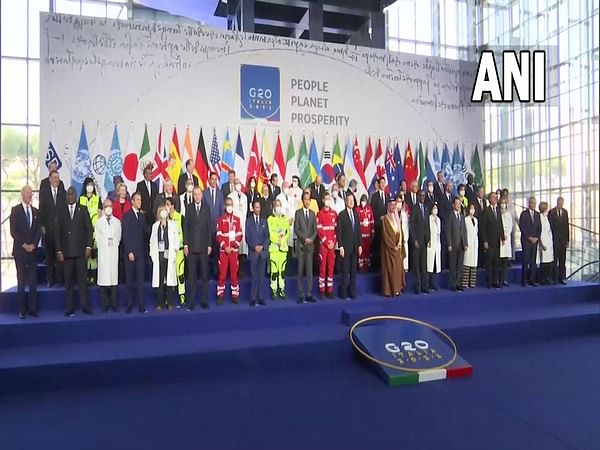