Taiwan’s military fired warning shots at drones from China flying over its outposts just off the Chinese coastline, underscoring heightened tensions and the self-ruled island's resolve to respond to new provocations.

The drone headed back to China after the shots were fired, the spokesperson said, according to Reuters. It was the first time warning shots have been fired in such an incident, according to the news agency.

Taiwan’s defence ministry said on Wednesday it would exercise the right to self-defence and counter-attack if mainland Chinese drones posing a threat to security did not leave Taiwan’s territory after being warned.

Tensions have been especially high in the region since US House Speaker Nancy Pelosi’s visit earlier this month to the self-governing island that Beijing claims as its territory.

Taiwan has reported an increase in drone incursions after China launched huge military drills in a show of force after Pelosi's visit.

President Tsai Ing-wen has labelled some of the drone missions - which have flown over military outposts -as a type of "grey zone" warfare activity.

The Kinmen Defense Command said three civilian drones were spotted on Tuesday evening in Dadan, Erdan and Shiyu - three Kinmen islets that are just a few kilometres away from the Chinese city of Xiamen.

It added that it fired warning flares, before firing a live round at a returning drone. The drones eventually headed towards Xiamen.

China is yet to respond to the latest report from Taiwan. But Beijing earlier this week dismissed complaints from the island asserting repeated harassment by Chinese drones.

"Chinese drones flying over China's territory, what's there to be surprised at?" said foreign ministry spokesman Zhao Lijian on Monday.

China claims Taiwan as its own territory and its recent actions have been viewed as a rehearsal of a possible blockade or invasion. China's drills brought strong condemnation from Taiwan's chief ally, the U.S., along with fellow regional democracies such as Australia and Japan. Some of China's missiles early in August fell into nearby Japan's exclusive economic zone.

Taiwan maintains control over a range of islands in the Kinmen and Matsu groups in the Taiwan Strait, a relic of the effort by Chiang Kai-shek's Nationalists to maintain a foothold on the mainland after being driven out by Mao Zedong's Communists amid civil war in 1949.

Taiwan's Defense Ministry said China's actions failed to intimidate the island's 23 million people, saying they had only hardened support for the armed forces and the status quo of de-facto independence.

Officials said anti-drone defenses were being strengthened, part of a 12.9% increase in the Defense Ministry’s annual budget next year. The government is planning to spend an additional 47.5 billion New Taiwan dollars ($1.6 billion), for a total of 415.1 billion NTD ($13.8 billion) for the year.

In March last year, Admiral Philip Davidson, then commander of US forces in the Pacific (INDOPACOM), said in a hearing before Congress that a Chinese attack on Taiwan could take place within six years.

His successor, Admiral John Aquilino, agreed that such an attack could occur sooner “than most think.”

More recently, however, the US Chairman of the Joint Chiefs of Staff, General Mark Milley, testified that he believes that China has little intention to take Taiwan by force, and that the capability to do so remains a goal rather than a reality.

On the other hand, the Chinese military has increased pressure on Taiwan in the past year, flying into the island’s air defense identification zone on numerous occasions.

During one day in June, China flew 28 military aircraft toward Taiwan, the largest number in a single day, perhaps in response to G7 and NATO statements on China and Taiwan.

Read Also
US Navy sails two warships through Taiwan Strait, in a first since Pelosi visit 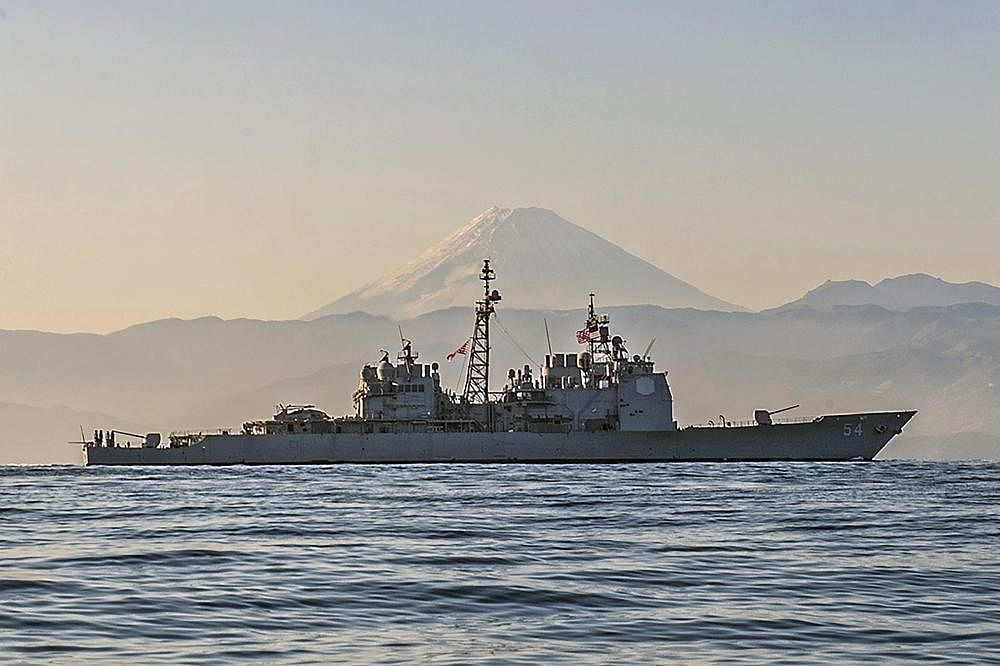