Russian forces in Ukraine appear to have shifted their focus from a ground offensive aimed at Kyiv to instead prioritizing what Moscow calls the liberation of the contested Donbas region, suggesting a new phase of the war

A man rides his bike past flames and smoke rising from a fire following a Russian attack in Kharkiv, Ukraine, on Friday, March 25, 2022 | AP
Advertisement

Russia's military has said that the first phase of its military campaign in Ukraine is over, and it will now focus on the eastern Donbas region.

In its daily morning update, Ukraine's General Staff of the Armed Forces said that its troops are continuing to repel attacks by Russian forces on the capital city Kyiv.

The Ukraine military said Russian forces have experienced difficulty replenishing quality personnel and shoring up losses suffered during the invasion, partly due to the impact of international sanctions.

It also claimed Russian equipment was in "poor technical condition" due to "negligent prior exploitation and prolonged storage".

These factors were affecting Russia's ability to "maintain the necessary pace of combat and achieve the war's ultimate goal", the statement said.

Russian forces in Ukraine appear to have shifted their focus from a ground offensive aimed at Kyiv to instead prioritizing what Moscow calls the liberation of the contested Donbas region, suggesting a new phase of the war.

It appears too early to know whether this means President Vladimir Putin has scaled back his ambitions in Ukraine, but Russian military moves this week indicate a recognition of the surprisingly stout Ukrainian resistance. Russian-backed separatists have controlled part of the Donbas region of eastern Ukraine since 2014.

Ukrainian President Volodymyr Zelenskyy on Friday again appealed to Russia to negotiate an end to the war, but he said Ukraine would not agree to give up any of its territory for the sake of peace.

Putin’s forces are under great strain in many parts of the country, and the United States and other countries are accelerating their transfer of arms and supplies to Ukraine. In recent days, U.S. officials have said they see evidence of Ukrainian defenders going on the offensive in a limited way in some areas.

Putting a positive face on it all, the deputy chief of the Russian general staff said his forces had largely achieved the “main objectives” of the first phase of what Moscow calls a “special military operation” in Ukraine. 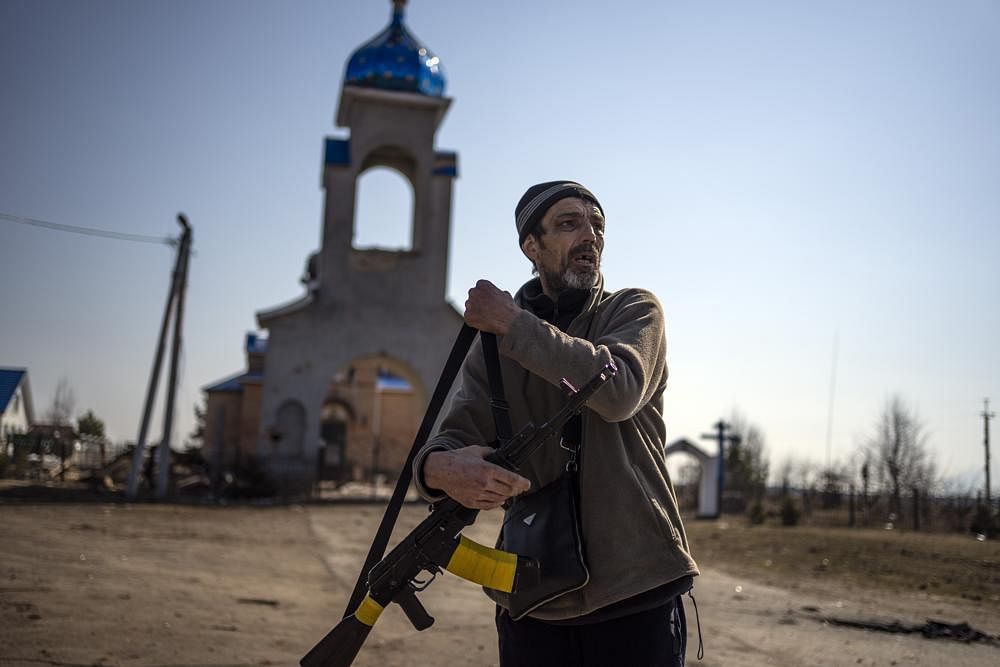