A delay in connection between Trump and the space station made for a short period of silence, before Meir made it clear that she and Koch were not the first female spacewalker
Agencies 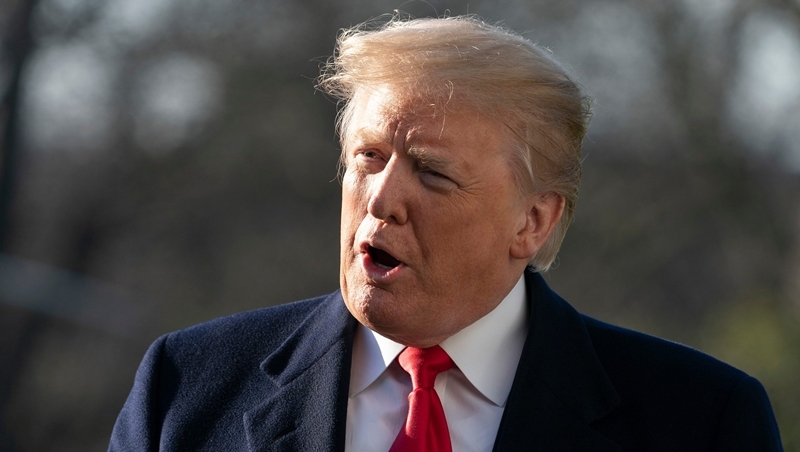 Washington: US President Donald Trump was humiliated for a mistake while he contacted NASA astronauts Jessica Meir and Christina Koch at the International Space Station (ISS) to congratulate them for being the "first ever female spacewalkers", a media report said.

A delay in connection between Trump and the space station made for a short period of silence, before Meir made it clear that she and Koch were not the first female spacewalker, The Daily Express said in the report on Monday.

In 1984, Svetlana Yevgenyevna Savitskaya became the first woman to complete a spacewalk. In the 35 years since, a total of 15 women have spacewalked.

Koch, an electrical engineer, and Meir, who has a doctorate in marine biology, stepped outside in their NASA space suits on Friday night.

The mistake came as Trump sat at a table in the White House with his daughter Ivanka Trump and Vice President Mike Pence, as well as few NASA officials and a group of Girl Scouts in the background.

Staring at the camera, Trump said: "This is the first time for a woman outside of the space station."

"You are amazing people; they're conducting the first ever female spacewalk to replace an exterior part of the space station. They're doing some work, and they're doing it in a very high altitude - an altitude that very few people will ever see."

But Meir could then be heard correcting the President, explaining that the event marked the first time two women had been outside the spacecraft at the same time.

She said: "We don't want to take too much credit because there have been many other female spacewalkers before. This is the first time that there's been two women outside at the same time."