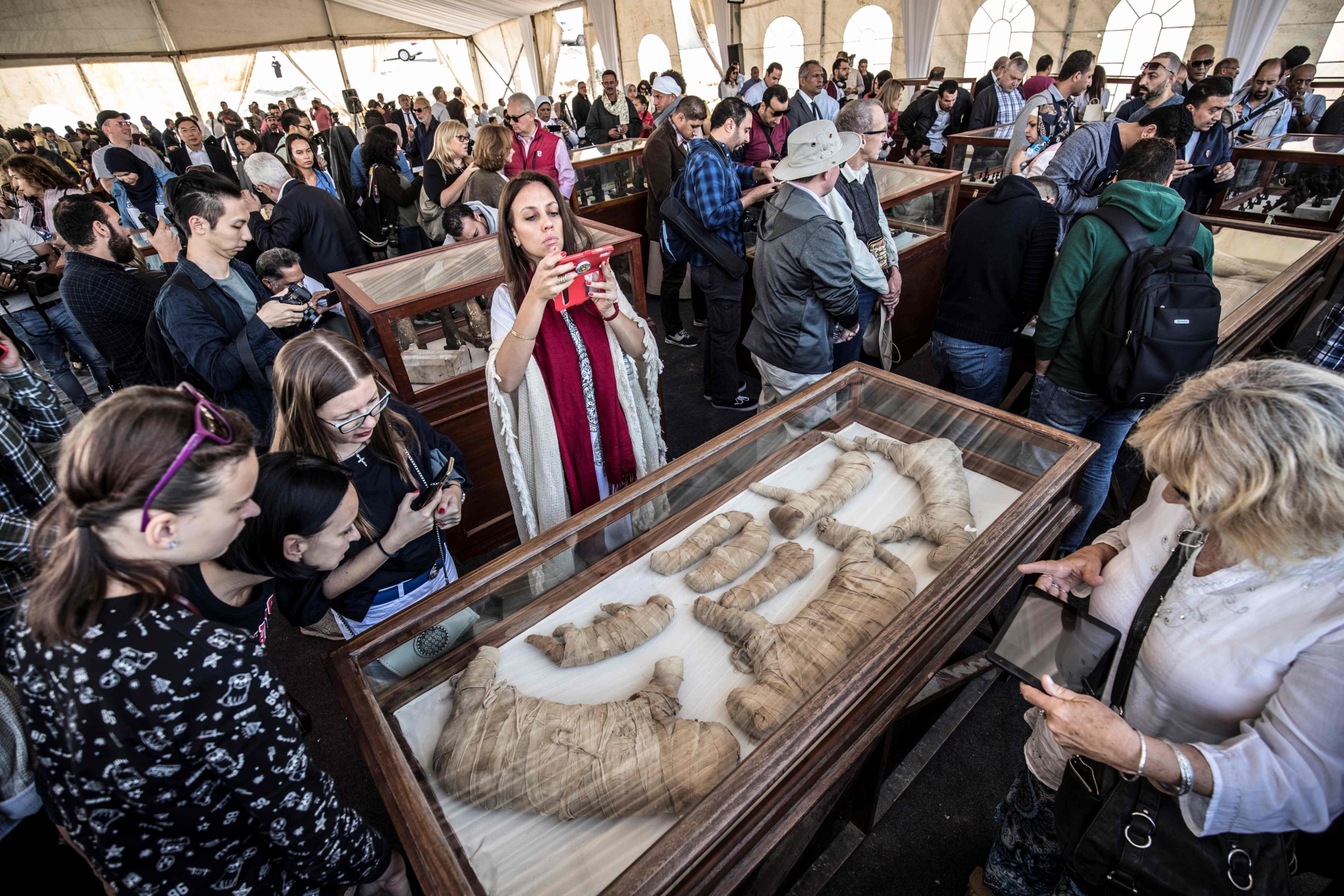 Visitors observe mummies of cats and other felines displayed after the announcement of a new discovery carried out by an Egyptian archaeological team in Giza's Saqqara necropolis, south of the capital Cairo, on November 23, 2019. | AFP Photo

Saturday's announcement came during an exhibition at the famed Step Pyramid in Saqqara, south of Cairo. That's near where the mummies and other objects were found in a vast necropolis.

Archeologists frequently find mummified cats, but the recovery of a lion is rare. The ministry says the animal mummies are all from the Late Period (664-332 B.C.).

The ministry had announced last week it was running scans to determine that the mummies were indeed lions.

Egypt has stepped up promotion of its archaeological treasures in hopes of reviving a tourism sector slow to recover from the 2011 uprising that toppled longtime autocrat Hosni Mubarak. 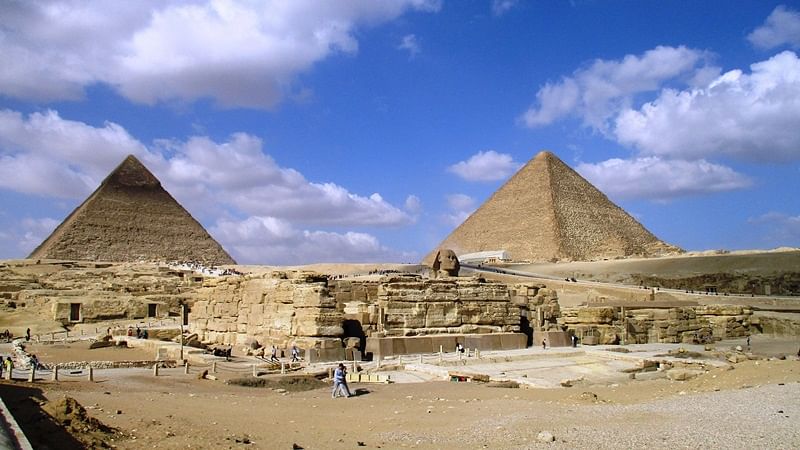