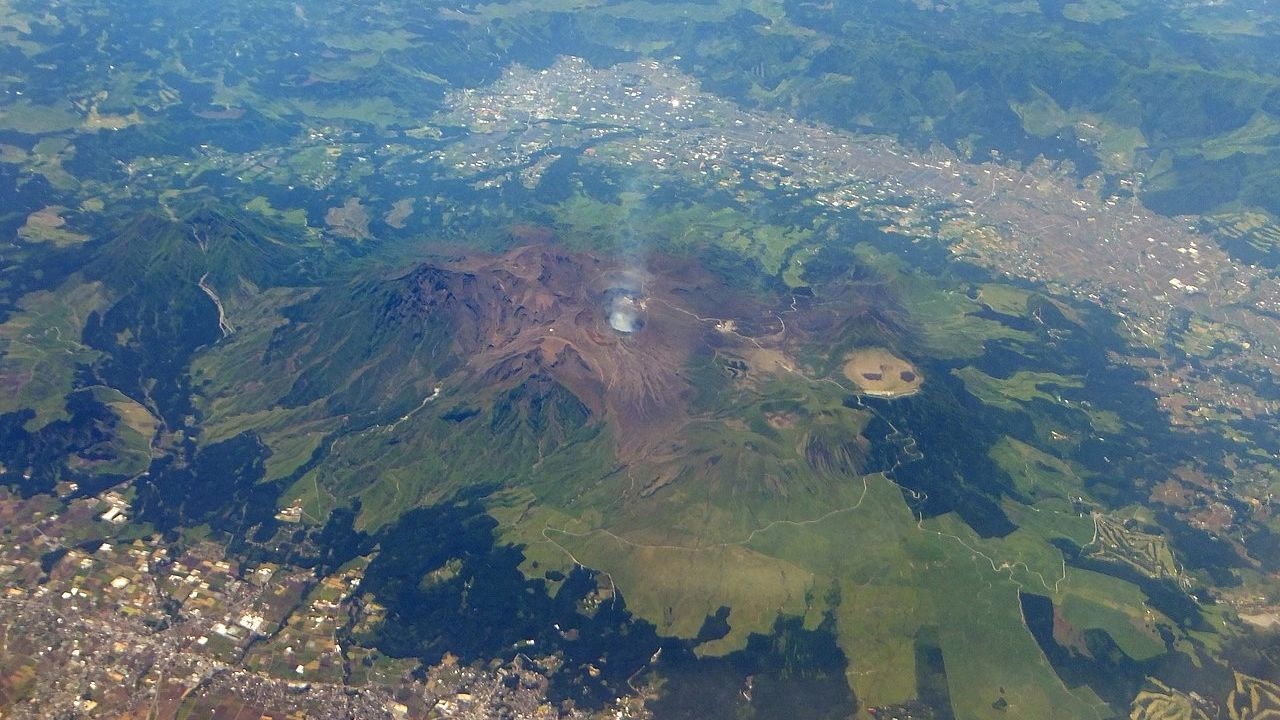 The Japan Meteorological Agency (JMA) warned of another possible major volcanic eruption of Mt Aso in southwestern Japan, where an increase in volcanic earthquakes was observed, local media reported Tuesday.

The JMA said on Monday the magnitude of the volcanic tremor in the No1 Nakadake crater of the volcanic mountain rose sharply from late Sunday to early Monday while confirming changes obviously caused by an expansion in the shallow part of the crater.

Following the eruption of the 1,506-meter crater before noon on Wednesday, the JMA raised the volcanic alert level to 3 on a scale of 5 and prohibited access to areas within 2 km of the crater.

The JMA said the volcanic ash spewed over 1 km from the crater, and a pyroclastic flow was observed within 1.3 km west of the crater for the first time since October 2016.

No deaths and injuries were reported last week. At the time of the eruption, 16 climbers on the mountain made the descent without injury. Netizens trend #GoMako on Twitter, extending their support to Japan's Princess Mako after she...