In this photo released by China's Xinhua News Agency, people with mild and asymptomatic cases of COVID-19 quarantine at the Shanghai New International Expo Center in Shanghai, on Friday, April 1, 2022 | AP

Hong Kong authorities on Saturday asked the entire population of more than 7.4 million people to voluntarily test themselves for COVID-19 at home for three days in a row starting next week.

The announcement by Chief Executive Carrie Lam came as the southern Chinese city is struggling to contain its worst outbreak with authorities sending mixed signals about testing and lockdowns.

Lam said a “compulsory, universal test” of the whole population is still essential, but did not say when that might happen. Authorities shelved the idea after a previous announcement caused panic buying.

Meanwhile, in Shanghai to the north, authorities are struggling to meet requirements for a lockdown on many of the city’s 26 million residents — the largest such undertaking by China since the virus was first detected in the central city of Wuhan in late 2019.

Shanghai’s 26 million residents are almost all under some form of lockdown as the financial hub struggles to contain the coronavirus’s highly contagious omicron variant.

The eastern half of the mega Chinese city remains under tight movement restrictions despite the end of a four-day sweeping lockdown Friday morning, according to a government statement Saturday. That means the entire population of the metropolis is currently under some form of quarantine as the two-part lockdown shifted to the western half of Shanghai on Friday.

Authorities in Shanghai are struggling to deal with a suspected wave of Covid infections at a large hospital for the elderly, in a sign of how serious the outbreak is in China's biggest city.

Shanghai has not declared any new Covid deaths in the city since the outbreak of the latest wave of the virus.

Despite plans to open up Pudong on Friday, there are stringent measures still in place and delayed test results which mean many areas, and millions of people, remain locked down.

A week before the lockdown was imposed other officials had claimed that Shanghai was too big and too important to China's economy to be locked down in the way that other cities like Wuhan, Xi'an and Shenzhen had been.

But now a senior Communist Party official has admitted Shanghai had not been prepared for the outbreak. Ma Chunlei said yesterday that "our awareness was insufficient... our preparation is not sufficient".

In a rare public admission of failings he added: "We sincerely accept your criticism and we are working hard to improve."

The coastal city imposed a two-phase lockdown on its 25 million residents earlier this week. Authorities placed the western part of the city under lockdown on Friday, and extended an existing lockdown in eastern neighborhoods with positive cases by up to nine days.

These restrictions have caused major delays at Shanghai port, which is in the eastern part of the city and was already congested. It is the world's busiest container port, handling more than four times the volume seen at the Port of Los Angeles in 2021, according to data from both cities' port authorities.

China detected another 2,086 confirmed cases on Saturday, including 260 in Shanghai, and 7,789 asymptomatic cases, of which 6,051 were in Shanghai. Total numbers of new cases have been near record highs for several days. 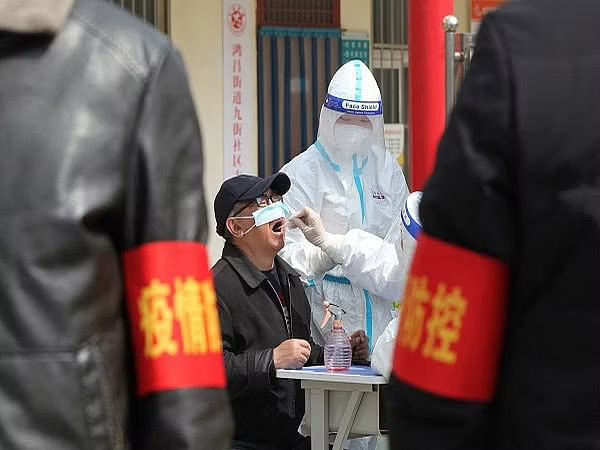