The World Dream carried three Chinese passengers to Vietnam between January 19 and 24 who were later found to be infected with the SARS-like coronavirus.
KJM Varma 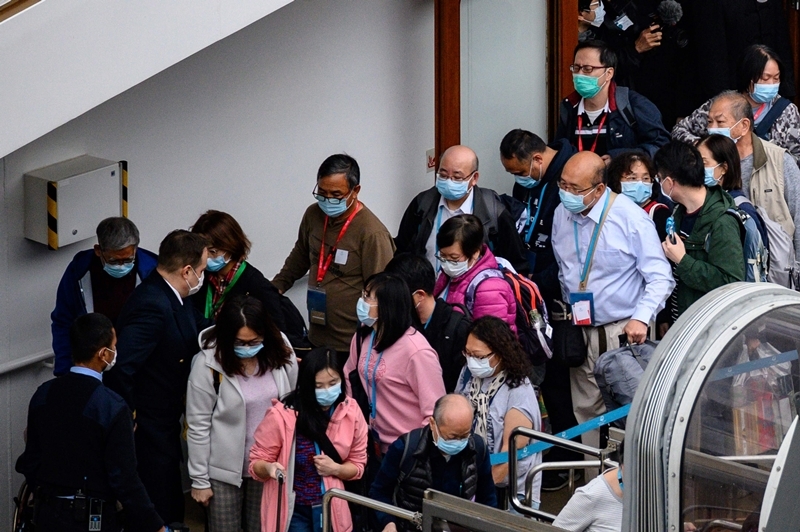 Beijing/Hong Kong: Thousands of people stranded aboard a cruise ship in Hong Kong for five days were allowed to disembark on Sunday after its 1,800 crew tested negative for the deadly new coronavirus.

Health authorities in the Asian financial hub said the crew and a similar number of passengers had been released from a quarantine imposed because of fears some staff could have contracted the deadly virus on a previous voyage and passed it on.

The World Dream carried three Chinese passengers to Vietnam between January 19 and 24 who were later found to be infected with the SARS-like coronavirus. No family time for doctor couple on coronavirus mission

The government grounded the ship on its arrival in Hong Kong on Wednesday while tests were carried out on the crew, but said the passengers need not undergo examination as they had no contact with the three sick holidaymakers on the January trip.

The Diamond Princess Cruise Liner, however, remains in quarantine in the Japanese city of Yokohama. Authorities said on Saturday 64 people had been infected on the ship, which is carrying some 3,700 passengers and crew, including many Indians.

Meanwhile, the death toll in coronavirus outbreak jumped to 813 on Sunday, surpassing global fatalities in the 2002-03 SARS epidemic, even as Chinese officials said the cases of deadly infection have started declining for the first time after weeks of sharp rise.

With 91 more people dying, most in Hubei province, the novel coronavirus death toll is now higher than the 774 people killed worldwide by SARS epidemic that started in southern China

On Saturday, an American woman and a Japanese man became the first foreigners to have died from the corona virus. Until then, the only fatalities outside the mainland had been a Chinese man in the Philippines and a 39-year-old man in Hong Kong.