Beijing: Chinese Foreign Minister Wang Yi on Tuesday commended India for its "vigorous" efforts to hold this year's BRICS summit despite the COVID-19 outbreak, as he offered Beijing's support and assistance to New Delhi to combat the coronavirus pandemic. In his opening remarks at the virtual meeting of the BRICS Foreign Ministers presided over by External Affairs Minister S Jaishankar, Wang was full of praise for India, which is the BRICS Chair for this year, for carrying out a host of events despite being hit by the COVID-19 pandemic.

India hosted the meeting in its capacity as the chair of BRICS (Brazil-Russia-India-China-South Africa).

"Since the beginning of the year and despite the impact of the COVID-19, India as BRICS chair has worked vigorously focussing on the theme of BRICS BRICS@15: Intra BRICS Cooperation for Continuity, Consolidation and Consensus," he said. "More than a hundred events have been designed to advance cooperation on the three pillars, strengthen the BRICS mechanism and uphold the momentum of BRICS cooperation," said Wang, who is also a State Councillor.

"China commends India for its efforts and we are ready to work with BRICS countries to support India as the chair and ensure tangible outcomes in this year's BRICS cooperation," he said.

Wang began his opening remarks by expressing sympathy to India over the severe impact of the new wave of the COVID-19 infections.

"At this trying time, China stands in solidarity with India and all BRICS countries. As long as it is needed by India, I believe that all BRICS partners including China will provide further support and assistance at any time and we are fully confident that India will certainly overcome the pandemic," he said. About the five-member bloc, Wang said, "BRICS cooperation now faces the profound and complex ramifications of the pandemic and changes unseen in a century".

"This is a challenge to the BRICS countries but opportunities could also emerge from a crisis," he said. "We believe that with all of us joining forces, BRICS will surely display its unique value and play a due role." He said he was looking forward to exchanging views, coordinating positions and building consensus with the other ministers of the BRICS countries at the meeting.

"Together we will take a solid step towards deeper cooperation in the political and security fields and lay a strong foundation for this year's summit," he said.

Earlier in the day, Chinese Foreign Ministry spokesman Wang Wenbin told a media briefing ahead of the meeting that China looks forward to exchanging views, coordinating positions and building up consensus with other members of the five-member bloc on the most urgent issues of common concern. BRICS is a cooperation mechanism consisting of major emerging markets and developing countries with global influence, he said. "Amid the combined impact of COVID-19 and other major changes as seen in this century, the BRICS mechanism is of more special significance in deepening cooperation between emerging markets and developing countries in promoting the post epidemic world economic recovery," Wang Wenbin said.

"Under the guidance of the BRICS leaders, Foreign Ministers of the five countries meet regularly to deepen mutual trust and cooperation in the field of political security," he said. Asked about China's expectations of the meeting, the spokesman said, "At the meeting, China looks forward to exchanging views, coordinating positions and building up consensus with other BRICS members on the most urgent issues of common concern".

"Together we will send out a strong signal that BRICS countries with solidarity and cooperation, support true multilateralism, promote post epidemic economic recovery and tackle global challenges," he said. This is the third time that India is holding the BRICS chairship after 2012 and 2016.

India's chairship of the grouping has coincided with its 15th anniversary, making it an opportune moment to review its work. The BRICS is known as an influential bloc that represents over 360 crore people and its member countries have a combined GDP of USD 16.6 trillion. 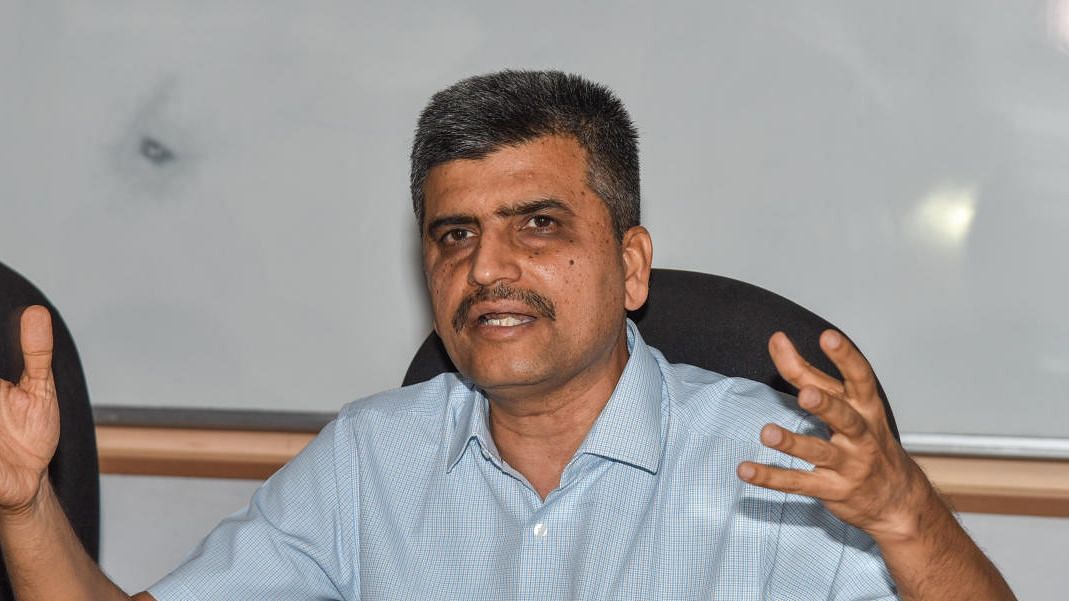